The West Ham United v West Bromwich Albion live stream video is ready for broadcast on 16/01/2021. Soccer fans can watch this match on a live streaming service if this match is featured in the schedule mentioned above. Here we show useful information for watching this Premier League game that includes the most recent team form, h2h clashes and our match tips.

To watch the match using other ways, check broadcasters’ schedules relating to your local region. These broadcasting rights are usually granted on a per-competition/league or even per-fixture arrangement basis. For matches shown live on regional television programmes, check the schedules on channels such as BT Sport, Amazon Prime Video, Sky Sports, Now TV, iTV, Canal+, Fox Soccer, ESPN relevant to your location.

Where the abovementioned broadcaster is providing West Ham United v West Bromwich Albion football live streaming service, you can view it on a mobile (iPhone, Android including Xiaomi) and PC or tablet (eg iPad, Acer ACTAB).

After the match finishes, we may also link to match highlights from time to time. We aren’t responsible for the transmission of any match video content linked to from here. All legal issues must be directed to the hosters/owners of the content.

West Bromwich Albion will be at London Stadium on Tuesday for the Premier League fixture with home side West Ham United.

West Ham United, following on from their previous result, will be hoping for more of the same after a 1-0 Premier League triumph vs Burnley.

A recurring aspect of more recent West Ham United games is the number of results with a nil in them.

From their prior six matches before this one, in as many as 5 of them a wager on "Both Teams to Score" would've been a losing one. That sort of pattern won’t necessarily be carried forward into this next game, however.

Coming into this fixture, West Ham United haven't lost in the league to West Bromwich Albion in their previous 3 matches.

West Bromwich Albion will go into the encounter following a 2-3 Premier League win with the downing of Wolverhampton Wanderers in their previous match.

In that game, West Bromwich Albion managed 32% possession and 12 shots at goal with 5 of them on target. For West Bromwich Albion, the goalscorers were Matheus Pereira (8', 56') and Semi Ajayi (52'). At the other end, Wolverhampton Wanderers got 23 attempts on goal with 6 on target. Fábio Silva (38') and Willy Boly (43') scored for Wolverhampton Wanderers.

A look at their previous results shows us that West Bromwich Albion:

Looking at the statistics for their head to head meetings stretching back to 30/04/2016, it’s been all-even between these two clubs with West Ham United winning 2 of those games, West Bromwich Albion 2 and 2 being draws in regulation time.

A sum of 17 goals were yielded between them in these games, with 9 of them for The Hammers and 8 being from The Baggies. The average number of goals per game works out to 2.83.

Almost everyone can be considered, as there’s just the lone fitness concern for the West Ham United manager David Moyes to be concerned with from of an almost fully healthy squad. Arthur Masuaku (Knee Surgery) is out of contention.

Owing to a completely injury-free group available to select from, West Bromwich Albion boss Sam Allardyce has zero fitness concerns at all coming into this game.

We’ve got the feeling that West Ham United are likely to get a lot of shots on goal and make them count.

At the same time, West Bromwich Albion may well struggle to get shooting opportunities but we can see them managing to get on the scoresheet here.

Our selection here is for a comfortable 3-1 winning score for West Ham United after 90 minutes. 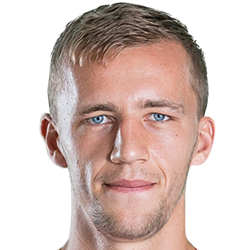 Typically deployed in the Centre Midfield position, Tomáš Souček was born in Havlíčkův Brod, Czech Republic. After having made a senior debut playing for Slavia Prague in the 2015 - 2016 season, the gifted Midfielder has scored 5 league goals in this Premier League 2020 - 2021 season so far from a total of 17 appearances.

We have made these West Ham United v West Bromwich Albion predictions for this match preview with the best intentions, but no profits are guaranteed. Please always gamble responsibly, only with money that you can afford to lose. We wish you the best of luck.

⚽️ Where can I get the previews for other Premier League games?