Return to this page a few days before the scheduled game when this expired prediction will be updated with our full preview and tips for the next match between these teams.
Wolves journey to London Stadium on Saturday for the Premier League meeting with home side West Ham United. Scroll down for all of our predictions, poll and stats for the West Ham United v Wolves game - as well as up-to-date odds.

West Ham United will be looking to improve on their last outing here after a 1-0 Premier League loss in their previous game against Arsenal. In that match, West Ham United managed 31% possession and 14 shots on goal with 6 of them on target. At the other end, Arsenal got 9 attempts at goal with 2 on target. Alexandre Lacazette (78') was the scorer for Arsenal.

It’s not been often in recent games where West Ham United have managed to hold out for a full 90 minutes. It will be a concern for them that The Hammers have been scored against in 6 of their previous 6 matches, letting in 12 goals in the process.

Leading up to this clash, West Ham United:

Throughout their six previous matches, Nuno Espírito Santo's Wolverhampton Wanderers have found the net a total of 13 times - giving them the goals per game average of 2.17.

Heading into this fixture, Wolverhampton Wanderers are undefeated in their last 3 away league matches.

Looking over their most recent head to head meetings going back to 16/10/2010 shows us that West Ham United have won 2 of these & Wolves 3, with the tally of drawn games being 1.

A sum of 11 goals were yielded between them during those clashes, with 4 from The Hammers and 7 created by Wolves. The average number of goals per game works out to 1.83.

The last league game between these sides was Premier League match day 15 on 04/12/2019 which finished with the scoreline of Wolverhampton Wanderers 2-0 West Ham United. That day, Wolverhampton Wanderers had 49% possession and 13 attempts on goal with 7 on target. The goals were scored by Leander Dendoncker (23') and Patrick Cutrone (86'). At the other end, West Ham United had 6 attempts at goal with 3 on target. The match was refereed by Andre Marriner.

West Ham United boss David Moyes will be grateful not to have any fitness concerns whatsoever coming into this clash owing to a completely healthy squad available for selection.

Due to a mostly full-strength group of players, there’s just the one fitness issue for the Wolves gaffer Nuno Espírito Santo to contend with. Phil Ofosu-Ayeh (Heel Bone Injury) misses out for this game.

In our opinion, West Ham United will have their work cut out to be putting a goal past this Wolves side who will likely score at least once to gain the upper hand. Therefore, we predict a very even match with a 0-1 winning margin for Wolves at the end of the match. Should be a close one.

Over/Under 2.5 Goals Prediction for West Ham United vs Wolves
Under 2.5 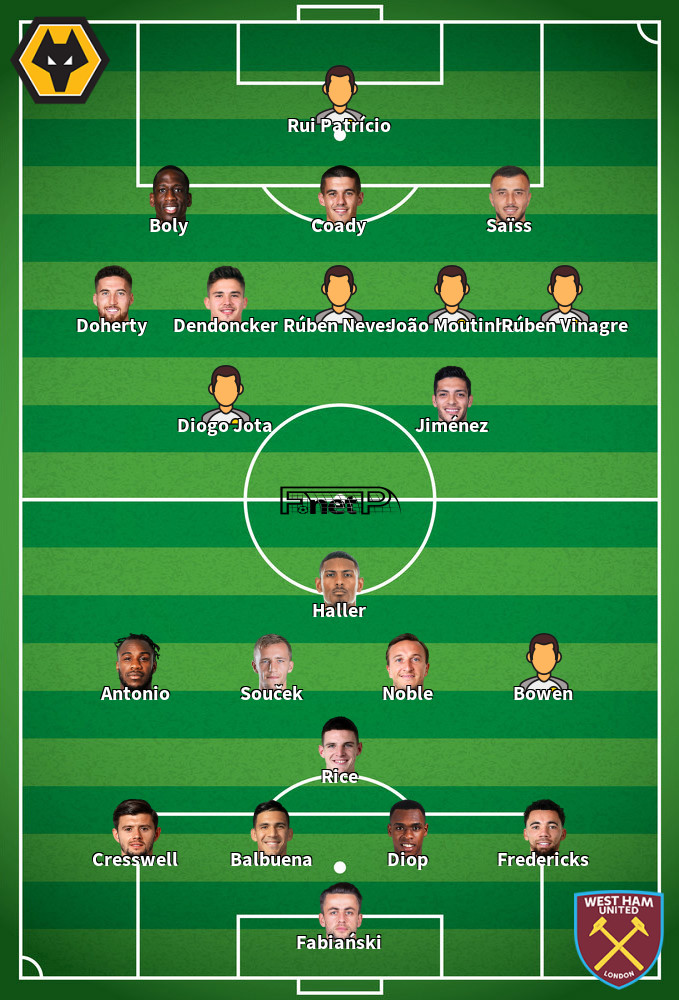 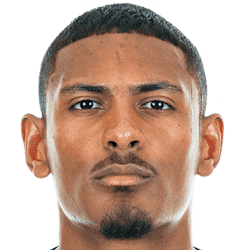 Generally deployed in the Striker position, Sébastien Haller was born in Ris Orangis, France. After making a first senior appearance for AJ Auxerre in the 2012 - 2013 season, the skilful Forward has netted 7 league goals in the Premier League 2019 - 2020 campaign to date in a total of 27 appearances.

We have made these West Ham United v Wolves predictions for this match preview with the best intentions, but no profits are guaranteed. Please always gamble responsibly, only with money that you can afford to lose. Good luck if you do place a bet today.