The Super League tie at Stadion Wankdorf on Sunday sees home side BSC Young Boys ready themselves for the visit of Winterthur.

Our BSC Young Boys v Winterthur predictions, statistics and match poll can be seen below (inc. the best betting odds).

BSC Young Boys will be hoping for a repeat of their last result, following the 1-2 Super League victory versus Grasshopper Club Zürich.

In that game, BSC Young Boys managed 53% possession and 13 shots at goal with 7 on target. For BSC Young Boys, the goals were scored by Christian Fassnacht (38') and Kastriot Imeri (78'). Grasshoppers got 7 shots on goal with 4 on target. Filipe de Carvalho Ferreira (94') was the scorer for Grasshopper Club Zürich.

Their latest results show that things are going according to plan in the BSC Young Boys backline. BSC Young Boys have been stingy, resulting in the total number of goals that have gone past their goalkeeper during their last six clashes standing at 4.

Heading into this fixture, BSC Young Boys are undefeated in their previous 12 league matches at home. They have been so resilient here.

Since being beaten in their last game against Lugano in Super League action, Winterthur will be hoping to turn things around here.

In that game, Winterthur had 47% possession and 5 attempts on goal with 4 of them on target. The only player to score for Winterthur was Matteo Di Giusto (20'). Lugano had 11 attempts at goal with 5 on target. Žan Celar (7', 15') and Mohamed El Amine Amoura (89') scored for Lugano.

Bruno Berner's Winterthur have seen their efforts on goal rewarded 5 times in the course of their latest 6 matches. The number of goals that have been scored against them during those same clashes equals 8.

Heading into this fixture, Winterthur haven’t won away from home in the past 4 league games.

The last league contest between these clubs was Super League match day 6 on 28/08/2022 which ended up with the score at Winterthur 1-5 BSC Young Boys.

In that game, Winterthur managed 37% possession and 5 shots on goal with 3 on target. Their only player to score was Roman Buess (3').

Winterthur boss Bruno Berner has to choose from a squad that has some fitness concerns. Jozef Pukaj (Unknown Injury) and Timothy Fayulu (Muscle Injury) won’t be making appearances.

In this game, Winterthur have it within them to find the net against this BSC Young Boys lineup, although that isn’t expected to prevent them from conceding a couple at the other end.

We can see both teams to score in a 2-1 win for BSC Young Boys at the end of this one. Let’s see what eventuates. 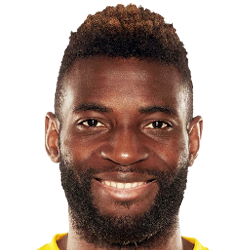 Customarily played in the Striker position, Jean-Pierre Nsame was born in Douala, Cameroon. Having played his first senior match for Angers SCO in the 2011 - 2012 season, the talented Forward has contributed 9 league goals in the Super League 2022 - 2023 campaign so far in a total of 16 appearances.

While we have made these predictions for BSC Young Boys v Winterthur for this match preview with the best of intentions, no profits are guaranteed. Always gamble responsibly, and with what you can afford to lose.