The Wisla Plock v Wisła Kraków live stream video is set for 26/02/2021. Football fans can watch this match on a live streaming service should the game be included in the schedule referenced above. Here we provide helpful information for watching this Ekstraklasa match including the most recent team form, h2h clashes and our match views.

In order to watch this game using alternative ways, search for tv listings in your country. These broadcasting deals are generally distributed on a per-competition/league or even single fixture arrangement basis. For games shown live on regional television programmes, check the listings on channels such as BT Sport, Amazon Prime Video, Sky Sports, Now TV, iTV, Canal+, Fox Soccer, ESPN relevant to where you are.

Where the abovementioned broadcaster indicates that they have the Wisla Plock v Wisła Kraków soccer live streaming coverage, you’ll be able to view the game on your mobile (iPhone, Android including Samsung Galaxy) and computer as well as tablet (eg iPad, Alba).

Post-game, we may also link to the match highlights from time to time. We are not responsible for transmitting any game video content linked to from this site. All legal complaints must be done by contacting the hosters/owners of such content.

For all of our match predictions, pre-game poll and statistics for Wisla Plock v Wisła Kraków, scroll down (inc. the best betting odds).

Wisla Plock won’t want a repeat of their last result here after a 5-2 Ekstraklasa losing effort in their last game against Legia Warsaw.

Radosław Sobolewski's Wisla Plock have hit the back of the net a sum total of 10 times in their last half-dozen outings. At the other end, the number of goals that they have conceded in those same fixtures amounts to 7.

Going into this contest, Wisla Plock are undefeated in their last 2 league matches at home.

Wisła Kraków go into this encounter after a 2-1 Ekstraklasa win vs Pogon Szczecin in their most recent match.

The only scorer from Wisła Kraków was Felicio Brown Forbes (45'). Benedikt Zech (31' Own goal) and Alexander Gorgon (48') scored for Pogon Szczecin.

Over the course of their last half-dozen clashes, Wisła Kraków have helped themselves to a total of 10 goals. Biała Gwiazda have also managed to score on each one of those occasions. During those fixtures, their defenders have seen 8 goals scored by their opponents.

Going into this one, Wisła Kraków are unbeaten in their last 3 league matches away from home.

An examination of their prior head-to-head meetings going back to 14/12/2018 shows that Wisla Plock have won 3 of these and Wisła Kraków 2, with the number of drawn matches standing at 1.

19 goals were produced between them throughout the course of those matches, with 11 from Wisła Płock and 8 coming from Biała Gwiazda . That’s an average goals per game figure of 3.17.

The previous league encounter between these sides was Ekstraklasa match day 4 on 18/09/2020 when it ended Wisła Kraków 0-3 Wisla Plock.

The referee was Daniel Stefański.

Nearly everyone is up for selection, with just the sole fitness concern for the Wisla Plock gaffer Radosław Sobolewski to be concerned about thanks to an otherwise robust set of players. Piotr Pyrdol (Fibula Fracture) won’t play.

Due to a fully injury-free squad to choose from, Wisła Kraków manager Peter Hyballa has no fitness concerns at all before this clash.

When taking all factors into account, Wisła Kraków and Wisla Plock could both well score here although it’s hard to see a clear-cut winner.

It could well end in a draw. We’re therefore predicting a very close game with a 1-1 score at the end of the 90 minutes. 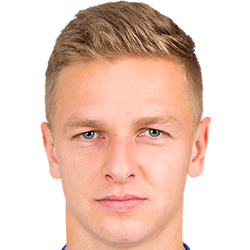 Usually played in the Central Attacking Midfielder position, Mateusz Szwoch was born in Starogard Gdanski, Poland. Having made a first senior appearance for Legia Warsaw in the 2014 - 2015 season, the accomplished Midfielder has contributed 3 league goals in the Ekstraklasa 2020 - 2021 season to date in a total of 17 appearances.

We have made these Wisla Plock v Wisła Kraków predictions for this match preview with the best intentions, but no profits are guaranteed. Please always gamble responsibly, only with money that you can afford to lose. Best of luck.

⚽️ Where can I get the tips for other Ekstraklasa matches?

You can see all of our upcoming (and previous) Ekstraklasa predictions & previews here.