Return to this page a few days before the scheduled game when this expired prediction will be updated with our full preview and tips for the next match between these teams.
Full-Time Result Prediction for Wrexham vs Torquay United
Wrexham to Win
Wrexham will face off against guests Torquay United at Racecourse Stadium in this National League tie on Saturday.

We’ve got the feeling that Torquay United will surely be able to score against this Wrexham outfit, however that realistically won’t be as many as they will have scored against them. We’re going for both teams to score in a 2-1 victory for Wrexham at the end of the 90 minutes. We are expecting it to be pretty even. View all Wrexham v Torquay United tips, stats and our pre-match poll below (including the best match odds).

Ahead of this meeting, Wrexham are undefeated in their previous 2 home league matches. 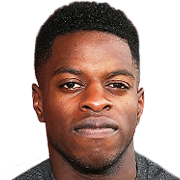 Mostly used in the Striker position, Jonathan Hooper was born in England. After making a first senior appearance for Northampton Town in the 2013 - 2014 season, the dangerous Forward has got 6 league goals in this National League 2019 - 2020 campaign to date in 19 appearances.

We have made these Wrexham v Torquay United predictions for this match preview with the best intentions, but no profits are guaranteed. Please always gamble responsibly, only with money that you can afford to lose. Good luck!