Zalaegerszegi TE take on visiting rivals Újpest FC at ZTE Aréna in the Nemzeti Bajnokság I fixture on Saturday.

View all of the Zalaegerszegi TE v Újpest FC predictions, poll and stats below including the latest game odds.

Zalaegerszegi TE will be looking to improve on their last outing here following a 2-1 Nemzeti Bajnokság I defeat last time out to Kisvárda.

The only player to score from Zalaegerszegi TE was Artem Favorov (50'). Claudiu Bumba (25') and Zoltán Horváth (94') scored for Kisvárda.

Zalaegerszegi TE haven’t had any problems with scoring, netting every time they’ve gone out to play in their last 6 matches.

They have managed to rack up 11 during that time and have conceded a total of 16. Nonetheless, we’ll just have to find out if such a trend might be maintained in this next match.

A look at their previous results shows us that Zalaegerszegi TE:

Újpest FC head into the match after a 1-0 Nemzeti Bajnokság I win to beat Diósgyõri VTK in their most recent fixture.

The only name on the scoresheet from Újpest FC was Nikola Mitrović (60').

Demonstrating their partiality to fruitful encounters, goals have been seen as many as 24 times in the prior 6 matches in which Újpest FC have sent out their troops, yielding a mean average of 4 goals for each fixture. Opposition teams have hit 15 of these goals.

Coming into this meeting, Újpest FC have not registered a win against Zalaegerszegi TE in away games against them for the last 3 league matches.

Looking over their past head to head meetings going back to 16/10/2011 shows that Zalaegerszegi TE have won 1 of these games & Újpest FC 3, with the tally of drawn matches standing at 2.

19 goals were yielded between them in this period, with 8 from Zete and 11 being from Lilák. That’s an average goals per game of 3.17.

The previous league clash featuring these clubs was Nemzeti Bajnokság I match day 11 on 23/12/2020 when it ended Újpest FC 3-2 Zalaegerszegi TE.

The match was refereed by Péter Solymosi.

Zalaegerszegi TE boss Gábor Boér doesn’t have any fitness worries whatsoever coming into this match with a fully injury-free group to pick from.

Owing to a completely injury-free squad available for selection, Újpest FC manager Michael Oenning does not have any fitness worries to report ahead of this clash.

When taking all factors into account, Újpest FC and Zalaegerszegi TE may find themselves both scoring more than one goal each in what promises to be a fairly balanced contest.

It will be interesting to see how this one goes, with a good chance of a draw and also of goals in the match. We’re therefore predicting a highly competitive game with a 2-2 score when the full-time whistle blows. 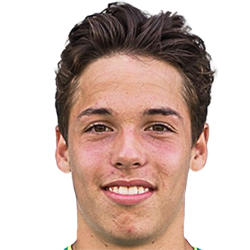 Typically playing in the Left Attacking Midfielder position, Regő Szánthó was born in Győr, Hungary. After having made a senior debut playing for Ferencvárosi TC in the 2019 - 2020 season, the accomplished Midfielder has managed to score 5 league goals in this Nemzeti Bajnokság I 2020 - 2021 season so far coming from a total of 19 appearances.

We have made these Zalaegerszegi TE v Újpest FC predictions for this match preview with the best intentions, but no profits are guaranteed. Please always gamble responsibly, only with money that you can afford to lose. Best of luck with your selections.