This Viktoria Plzeň v FK Příbram live stream video is scheduled to be broadcast on 05/05/2021. Fans of both clubs can watch the fixture on a live streaming service if this match is featured in the schedule mentioned above. Here we give useful information for watching this First League game that includes the most recent team form, head to head meetings and our game tips.

In order to watch this game using alternative sources, search for broadcasters’ schedules for your locality. These broadcasting rights are generally granted on a per-competition/league or even individual fixture arrangement basis. For games shown live on regional television programmes, check the schedules on channels including BT Sport, Amazon Prime Video, Sky Sports, Now TV, iTV, Canal+, Fox Soccer, ESPN depending on your location.

When the abovementioned broadcaster is showing Viktoria Plzeň v FK Příbram football live streaming coverage, you’ll be able to watch the game on your mobile (iPhone, Android including Tecno) and computer or even tablet (eg iPad, Venturer).

After the match finishes, we may also link to the match highlights from time to time. We are not responsible for transmitting any match video content linked to from here. All legal complaints must be directed to the hosters/owners of said content.

Viktoria Plzeň will be hosting visiting team FK Příbram at Doosan Aréna in the First League tie on Saturday.

Our Viktoria Plzeň v FK Příbram tips, poll and stats can be seen in full below - as well as up-to-date odds.

Viktoria Plzeň will be hoping to bounce back here following a 5-1 First League defeat last time out to Slavia Prague.

Viktoria Plzeň haven’t had any problems with scoring, finding the back of the net every time they’ve gone out to play in their last 6 matches.

They have managed to rack up 8 during that time and have conceded a total of 8. Such a pattern won’t necessarily be continued into this game, of course.

Following on from a losing effort in their last game against Dynamo České Budějovice in First League action, FK Příbram will be aiming to make amends here.

Over the course of 5 of the prior 6 clashes involving FK Příbram, a relatively low number of goals have gone in between them and their opponents. The overall average number of goals per game in that period works out to a paltry 1.67, with the average goals for Příbram standing at 0.5.

Looking at their past form shows that FK Příbram:

Inspecting their prior head to head clashes stretching back to 18/02/2017 shows that Viktoria Plzeň have won 3 of these and FK Příbram 0, with the number of draws being 3.

A combined sum of 12 goals were shared by the two clubs in this period, with 9 of them for Viktorka and 3 netted by Příbram. The average number of goals per game works out to 2.

The last league clash featuring these clubs was First League match day 15 on 17/01/2021 when the final score was FK Příbram 0-0 Viktoria Plzeň.

The match was refereed by Pavel Orel.

Viktoria Plzeň boss Adrián Guľa will be happy not to have any fitness worries whatsoever before this game owing to a completely healthy group available to select from.

Owing to a completely healthy squad to pick from, FK Příbram boss Jozef Valachovič does not have any fitness worries to report before this game.

It looks to us like FK Příbram will have to play really well to find the back of the net against a Viktoria Plzeň outfit who appear set to boss most aspects of this game if it turns out as we expect.

We’re going for a very comfortable 3-0 margin for Viktoria Plzeň at the end of the game. 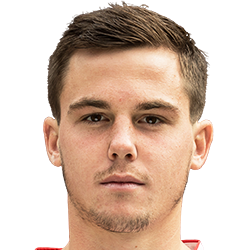 Regularly playing in the Centre Midfield position, Pavel Bucha was born in Mělník, Czech Republic. After having played his first senior match for Slavia Prague in the 2017 - 2018 season, the gifted Midfielder has scored 6 league goals in the First League 2020 - 2021 campaign to date from a total of 23 appearances.

While we have made these predictions for Viktoria Plzeň v FK Příbram for this match preview with the best of intentions, no profits are guaranteed. Always gamble responsibly, and with what you can afford to lose. Good luck!

⚽️ Where can I see the odds for other First League matches?

Look at all of our next (and previous) First League predictions & previews here.