Stuttgart arrive at The PreZero Arena on Tuesday for the Bundesliga 1 fixture with hosts Hoffenheim.

Hoffenheim will be looking for an improved result here following a 3-1 Bundesliga 1 loss in their previous game against Union Berlin.

Fixtures featuring Hoffenheim have tended to be entertaining encounters lately with a lot of goalmouth action being the norm. Over their past 6 clashes alone, a total of 21 goals have been scored for both sides combined (at an average of 3.5 goals per game) with 6 of them being chalked up by Hoffenheim. That being said, we’ll just have to find out if the trend might be maintained in this next match.

Going into this contest, Hoffenheim have not won at home in their last 5 league games. Their fans aren't happy.

In their last fixture, Stuttgart drew 1-1 in the Bundesliga 1 match with Mainz.

The stats tell the story, and Stuttgart have been scored against in 6 of their last 6 games, seeing their opponents hit 13 goals overall. At the back, Stuttgart can certainly do much better.

Leading up to this clash, Stuttgart:

Checking out their prior head to head meetings dating back to 27/10/2018, both clubs have shared the honours with Hoffenheim winning 2 of those games, Stuttgart 2 and 2 being drawn after 90 minutes of play.

A combined total of 21 goals were shared by the two clubs during those clashes, with 11 of them for Hoffenheim and 10 being from Stuttgart. That’s an average goals per game of 3.5.

The last league fixture between the two was Bundesliga 1 match day 24 on 25/02/2022 when it finished Hoffenheim 2-1 Stuttgart.

On the other side, Stuttgart had 13 attempts at goal with 4 of them on target. Wataru Endo (58') was the scorer.

Here, we’re thinking that Stuttgart will have a tough ask to put one past this Hoffenheim side who we think will win and very possibly keep a clean sheet.

We therefore fancy a good tussle with a 1-0 winning score for Hoffenheim at the end of this one. 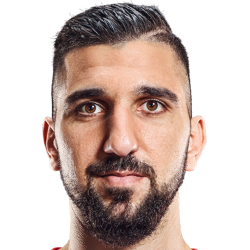 Typically taking up the Striker position, Mu'nas Dabbur was born in Nazareth, Israel. Having made a first senior appearance for Grasshopper Club Zürich in the 2013 - 2014 season, the talented Forward has got 4 league goals in the Bundesliga 2022 - 2023 season so far in a total of 10 appearances.

While we have made these predictions for Hoffenheim v Stuttgart for this match preview with the best of intentions, no profits are guaranteed. Always gamble responsibly, and with what you can afford to lose.