To see all of our predictions, user poll & stats for Aberdeen v St Mirren, scroll down (plus the best game odds).

Aberdeen will be wanting a better result here following a 2-0 Premiership loss in their previous game against Celtic.

A recurring aspect of more recent Aberdeen games is the number of results with a nil in them.

Taking their previous 6 clashes leading up to this one, in 6 of them a bet on "Both Teams to Score" would have been a loser.

Following on from being beaten in their last game against Motherwell in Premiership competition, St Mirren will be aiming to make amends here.

In that match, St Mirren had 50% possession and 19 attempts on goal with 6 on target. Motherwell had 9 attempts at goal with 2 on target. Kevin van Veen (42') was the scorer for Motherwell.

In 5 of the previous 6 clashes featuring St Mirren, a comparatively low number of goals have gone in between them and opposing teams. The overall average number of goals per game within that spell is just 1.67, with the average goals for The Buddies equalling 0.83. We will have to see whether or not that trend can be continued on in this game.

Their past results show that St Mirren:

A review of their prior head-to-head clashes going back to 05/12/2020 shows that Aberdeen have won 1 of them and St Mirren 2, with the number of draws standing at 3.

13 goals were produced between them during those clashes, with 7 for The Dons and 6 coming from The Buddies. The average goals per game has been 2.17.

The last league encounter featuring the two was Premiership match day 5 on 15/05/2022 when it finished Aberdeen 0-0 St Mirren.

On that occasion, Aberdeen managed 67% possession and 18 shots on goal with 5 of them on target.

St Mirren had 6 attempts at goal with 1 on target.

The referee was Don Robertson.

Looking at personnel, there is just the lone fitness concern for the Aberdeen manager Jim Goodwin to be concerned with from an otherwise complete set of players. Connor Barron (Knee Injury) won’t play.

Owing to a fully injury-free group available for selection, the St Mirren boss Stephen Robinson doesn’t have any fitness worries whatsoever ahead of this match.

We believe that St Mirren may well find it hard to get anything against this Aberdeen team who we think will get a goal themselves and run out victorious.

Our tip is therefore for a very competitive encounter with a 1-0 advantage for Aberdeen at the end of this one. 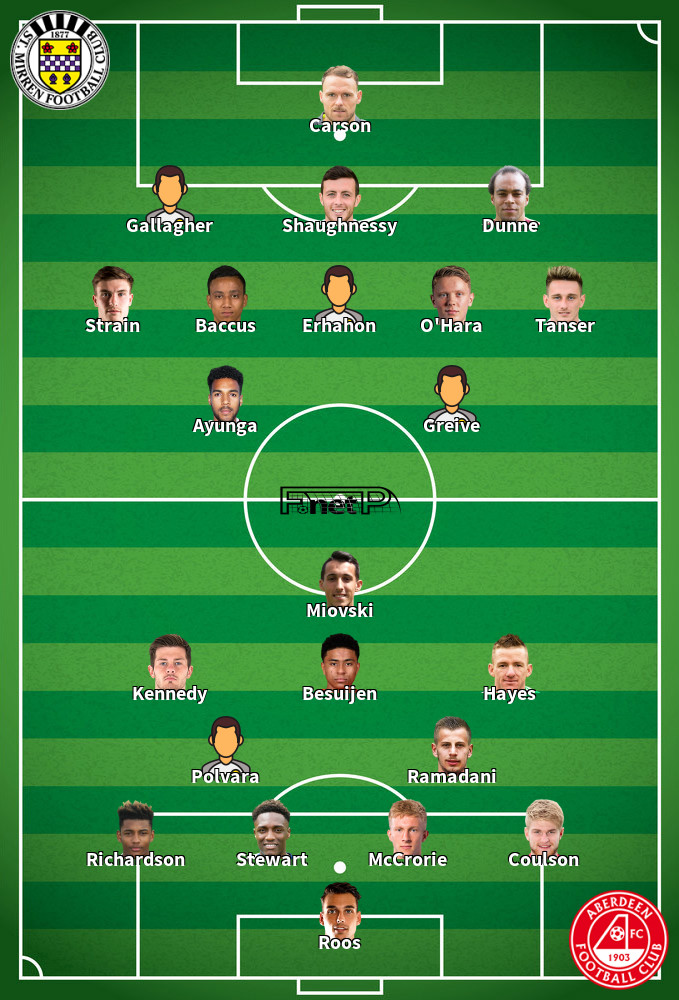 While we have made these predictions for Aberdeen v St Mirren for this match preview with the best of intentions, no profits are guaranteed. Always gamble responsibly, and with what you can afford to lose. Good luck!