This forthcoming Coupe De France fixture sees Toulouse fighting it out with their opponents AC Ajaccio on Saturday.

To see all of our predictions, user poll & stats for Toulouse v AC Ajaccio, scroll down including the latest game odds.

Toulouse go into this fixture coming off the back of a 1-1 Ligue 1 drawn game versus Brest.

Toulouse haven’t had any problems with scoring, finding the back of the net in each and every one of their last 6 games.

They’ve managed to rack up 17 during that time and have conceded a total of 10. Previous results aside, we’ll just have to find out whether that pattern might be maintained in this upcoming match.

After being defeated in their last game at the hands of Monaco in Ligue 1 competition, AC Ajaccio will be hoping to turn things around here.

The stats don’t lie, and AC Ajaccio have been scored against in 5 of their last 6 matches, letting opponents get 13 goals in total. Defensively, AC Ajaccio seem to have a bit of a soft underbelly.

Inspecting their most recent head-to-head meetings dating back to 27/05/2018 shows that Toulouse have won 4 of them and AC Ajaccio 1, with the number of draws being 1.

A combined total of 12 goals were produced between them in this period, with 9 of them from Toulouse and 3 created by L 'Ours. The average goals per game has been 2.

The previous league encounter between these sides was Ligue 1 match day 17 on 01/01/2023 which ended up with the score at Toulouse 2-0 AC Ajaccio.

On that occasion, Toulouse managed 63% possession and 11 attempts on goal with 4 of them on target. The scorers were Rafael Ratão (46') and Brecht Dejaegere (62').

For their opponents, AC Ajaccio had 1 attempts on goal with 0 on target.

There’s just the sole fitness concern for the Toulouse gaffer Philippe Montanier to be concerned with thanks to an otherwise robust squad. Rhys Healey (Cruciate Ligament Rupture) is sidelined.

For this match, we think that AC Ajaccio have enough to get a goal against this Toulouse side, however that possibly won’t quite be as many as they will have scored against them.

We’re tipping a 2-1 winning margin for Toulouse at the end of the 90 minutes. Let’s wait and see how it plays out. 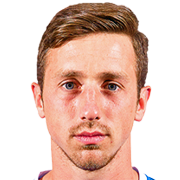 Normally deployed in the Centre Midfield position, Brecht Dejaegere was born in Belgium. After making a first senior appearance for KV Kortrijk in the 2010 - 2011 season, the accomplished Midfielder has managed 4 league goals in the Ligue 1 2022 - 2023 campaign to date in a total of 16 appearances.

We have made these Toulouse v AC Ajaccio predictions for this match preview with the best intentions, but no profits are guaranteed. Please always gamble responsibly, only with money that you can afford to lose.