To see all of our predictions, user poll & stats for Aalborg BK v AC Horsens, scroll down - along with the latest match odds.

Aalborg BK will be looking to improve on their last outing here after a 1-3 Superliga loss in their previous game against FC Copenhagen.

At least three goals per game have been seen in 5 of the last 6 meetings where Aalborg BK have participated. Opposition teams scored 14 of them in this period while Aalborg BK totted up 6. We will have to see whether or not that trend can be sustained in this game.

Looking at their past form shows that Aalborg BK:

AC Horsens go into this clash after a 1-0 Superliga win against Lyngby BK in their most recent match.

A sequence of reliable performances by the AC Horsens defensive unit has seen their ‘goals against’ tally standing at 4 from their last 6 outings in total. In that period of time, their forwards have scored 11.

Inspecting their past head-to-head clashes stretching back to 26/08/2019 tells us that Aalborg BK have won 3 of these games and AC Horsens 2, with the number of drawn games standing at 1.

A combined sum of 16 goals were produced between them throughout the course of those matches, with 12 of them for Aalborg and 4 belonging to Den Gule Fare. The average goals per game has been 2.67.

The previous league contest between these clubs was Superliga match day 8 on 16/05/2021 and the score finished Aalborg BK 1-1 AC Horsens.

AC Horsens had 7 shots on goal with 2 on target. Casper Tengstedt (12') was the scorer.

The referee was Morten Krogh.

The Aalborg BK boss Lars Friis does not have any fitness concerns to speak of before this clash thanks to a completely healthy group available to select from.

Due to a fully healthy group available to select from, the AC Horsens boss Jens Berthel Askou does not have any fitness worries at all before this match.

We’re of the opinion that AC Horsens have the ability to put one past this Aalborg BK team, but it is unlikely to be enough to avoid defeat.

Our selection here is for a narrow 2-1 winning score for Aalborg BK by the time that the referee blows the final whistle. Definitely a tough call. 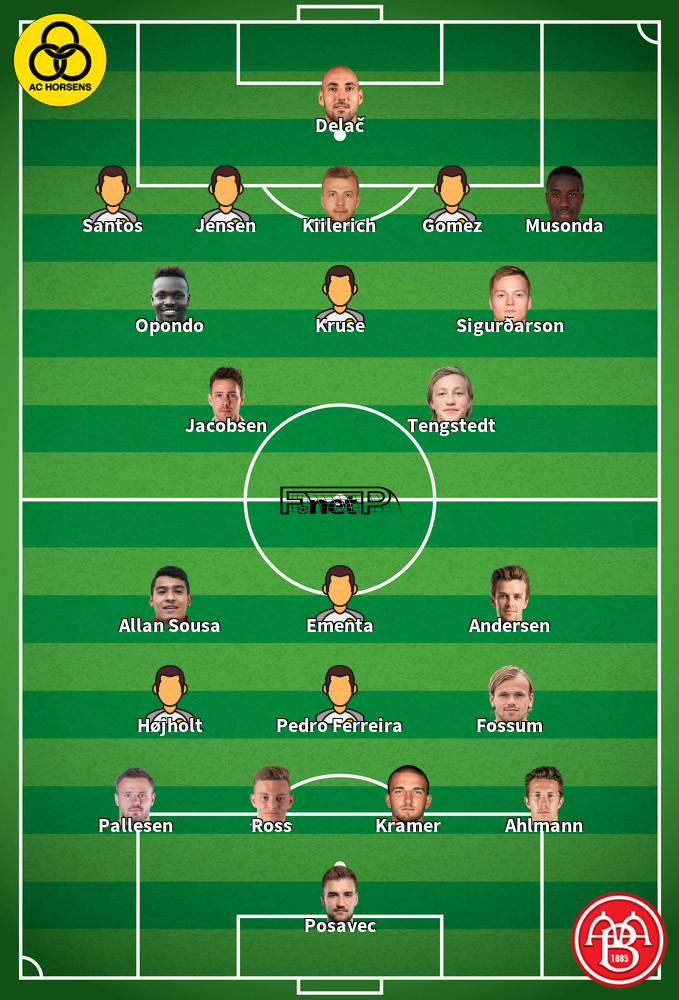 While we have made these predictions for Aalborg BK v AC Horsens for this match preview with the best of intentions, no profits are guaranteed. Always gamble responsibly, and with what you can afford to lose. We wish you the best of luck.