Accrington Stanley make the trip to Oakwell Stadium on Saturday for the League One fixture with hosts Barnsley.

View all Barnsley v Accrington Stanley tips, stats and our pre-match poll below (plus the best game odds).

Barnsley won’t want a repeat of their last result here following a 2-0 League One loss in their previous game against Charlton Athletic.

Accrington Stanley will come into the game after a 2-0 League One win as they beat Bristol Rovers in their most recent fixture.

For Accrington Stanley, the scorers were Tommy Leigh (51') and Ryan Astley (79').

The numbers tell their own story, and Accrington Stanley have been scored against in 5 of their last 6 matches, seeing opposing sides hit 10 goals in total. At the back, Accrington Stanley have some weaknesses to address. While that may be of interest, we’ll just have to find out if the trend might be sustained here in this match or not.

Coming into this fixture, Accrington Stanley haven’t won away from home in the past 2 matches in the league.

The previous league contest between the two was League One match day 23 on 26/12/2022 which finished with the scoreline of Accrington Stanley 1-1 Barnsley.

Looking at personnel, there is just the lone fitness concern for the Barnsley boss Michael Duff to be concerned with thanks to an otherwise robust set of players. Luke Thomas (Fracture of the lower leg) won’t play.

In an otherwise full-strength group of players, there is just the sole fitness problem for the Accrington Stanley gaffer John Coleman to be concerned about. Joe Pritchard (Achilles tendon rupture) misses out for this game.

Our thinking is that Barnsley have it within them to get the win and a possible clean sheet when they line up against Accrington Stanley, who could well find it tough scoring.

We’re predicting a 2-0 victory for Barnsley at the end of this one. 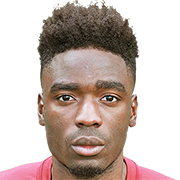 Customarily deployed in the Striker position, Devante Cole was born in Alderley Edge, England. After having played his first senior match for Barnsley in the 2014 - 2015 season, the accomplished Forward has bagged 7 league goals in the League One 2022 - 2023 season so far from a total of 24 appearances.

While we have made these predictions for Barnsley v Accrington Stanley for this match preview with the best of intentions, no profits are guaranteed. Always gamble responsibly, and with what you can afford to lose. We wish you the best of luck.