The Super Lig meeting at Vodafone Park on Tuesday will see home side Beşiktaş take on Adana Demirspor.

Full predictions, pre-match stats and user poll for Beşiktaş v Adana Demirspor are shown on this page - plus the latest match odds.

Beşiktaş will want to continue from where they left off last time out with a 2-3 Super Lig victory versus Antalyaspor.

Their more recent scorelines reveal that things are going according to plan in the Beşiktaş rearguard. Beşiktaş have been miserly, resulting in the total number of goals that have gone past their goalkeeper during their last six outings standing at 4.

Adana Demirspor go into this meeting following on from a 3-1 Super Lig win with the downing of Çaykur Rizespor in their most recent fixture.

The stats tell the story, and Adana Demirspor have been scored against in 6 of their last 6 matches, seeing their opponents hit 9 goals in total. At the back, Adana Demirspor have not been doing too well. Regardless, we will just have to wait and see if that trend will continue on in this next match.

In our view, Adana Demirspor have enough to find the net against this Beşiktaş outfit, although that is unlikely to be as many as the goals that they could concede.

We reckon that it will be a very close game with a 2-1 victory for Beşiktaş by the time that the referee blows the final whistle. Definitely a tough call. 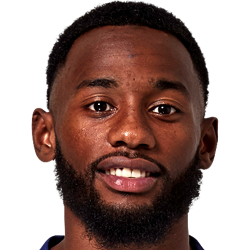 Normally playing in the Left Attacking Midfielder position, Georges-Kévin Nkoudou was born in Versailles, France. After having played his first senior match for Nantes in the 2013 - 2014 season, the goalscoring Midfielder has scored a sum of 2 league goals in this Süper Lig 2021 - 2022 campaign so far in 4 appearances.

We have made these Beşiktaş v Adana Demirspor predictions for this match preview with the best intentions, but no profits are guaranteed. Please always gamble responsibly, only with money that you can afford to lose. Good luck if you do place a bet today.