Macarthur FC are the guests at Coopers Stadium on Friday for the A-League clash with home side Adelaide United.

Scroll down to see all of the predictions, poll and statistics for Adelaide United v Macarthur FC - as well as up-to-date odds.

Adelaide United enter this fixture coming off the back of a 1-1 A-League tied result against Melbourne Victory.

After being defeated in their last game at the hands of Central Coast Mariners in A-League action, Macarthur FC and their fans will hope to get a better result this time.

A tendency of at least one team not scoring a goal in games featuring Macarthur FC has been noticeable recently. Checking on their last 6 outings shows that this has occurred 5 times. During these clashes, opposing sides have hit a goal aggregate of 7 while Macarthur FC have scored 7. That sort of pattern isn’t assured to be carried forward into this match, though.

The last league match featuring the two was A-League match day 2 on 16/10/2022 and the score finished Macarthur FC 2-0 Adelaide United.

Adelaide United had 21 shots on goal with 5 on target.

The referee was Shaun Evans.

The Adelaide United manager Carl Veart will be grateful to have no fitness worries whatsoever ahead of this clash thanks to a completely injury-free group available to select from.

Owing to a fully healthy squad to choose from, the Macarthur FC manager Dwight Yorke doesn’t have any fitness worries to speak of coming into this clash.

Our feeling is that Macarthur FC will surely be able to put one past this Adelaide United side, however that probably won’t be enough to avoid a loss.

We are anticipating a 2-1 winning margin for Adelaide United after 90 minutes. It’s a very tough call. 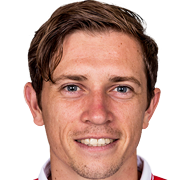 Regularly deployed in the Left Wing position, Craig Goodwin was born in Adelaide, Australia. After having played his first senior match for Melbourne City in the 2011 - 2012 season, the skilful Forward has managed 5 league goals in the A-League 2022 - 2023 campaign so far from a total of 11 appearances.

We have made these Adelaide United v Macarthur FC predictions for this match preview with the best intentions, but no profits are guaranteed. Please always gamble responsibly, only with money that you can afford to lose. Good luck if you do place a bet today.