Adelaide United play host to away side Sydney FC at Coopers Stadium in the A-League tie on Thursday.

Adelaide United fans will want a repeat of their previous result, being the 5-3 A-League victory against Perth Glory.

Fixtures featuring Adelaide United have often been exciting ones of late with high scoring the rule rather than the exception. Over their past six games, the sum total of 23 goals have been recorded for both sides combined (at an average of 3.83 goals per game) with 9 of those coming from The Reds.

Going into this contest, Adelaide United have not registered a win against Sydney FC in their previous 11 league games.

Following on from being defeated in their last game at the hands of Melbourne City in A-League competition, Sydney FC will be aiming to make amends here.

The stats tell the story, and Sydney FC have been scored against in 5 of their last 6 matches, seeing their opponents hit 7 goals in all. Defensively, The Sky Blues seem to have a bit of a soft underbelly. Let’s find out if that trend can be continued on here.

Their prior results show that Sydney FC:

Looking at past results between these clubs stretching back to 08/04/2018 shows that these fixtures have been pretty painful for Adelaide United. They’ve not been able to get themselves any victories at all while Sydney FC have just been too good for them, finishing as winners in 83 per cent of those matches played.

An aggregate of 18 goals were yielded between them throughout the course of those matches, with 5 of them from The Reds and 13 being from The Sky Blues. This gives an average number of goals per game equal to 3.

The previous league encounter between these sides was A-League match day 13 on 04/01/2020 and the score finished Sydney FC 2-1 Adelaide United.

The referee was Adam Fielding.

Adelaide United boss Carl Veart has no fitness worries at all ahead of this clash thanks to a fully injury-free group to choose from.

With a completely healthy squad available for selection, Sydney FC manager Steve Corica has no fitness concerns whatsoever ahead of this clash.

Our feeling is that Adelaide United may well find it hard to score against this Sydney FC outfit who will likely win and very possibly keep a clean sheet.

We’re therefore expecting a very even contest with a 0-1 victory for Sydney FC at the end of the 90.

Over/Under 2.5 Goals Prediction for Adelaide United vs Sydney FC
Under 2.5 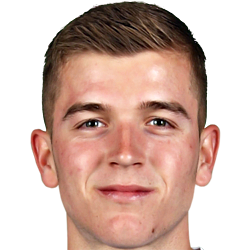 Generally playing in the Centre Midfield position, Riley McGree was born in Gawler, Australia. Having made a first senior appearance for Adelaide United in the 2015 - 2016 season, the talented Midfielder has netted 10 league goals in this A-League 2019 - 2020 season to date in a total of 21 appearances.

We have made these Adelaide United v Sydney FC predictions for this match preview with the best intentions, but no profits are guaranteed. Please always gamble responsibly, only with money that you can afford to lose. We wish you the best of luck.

⚽️ Where can I see the previews for other A-League matches?

You can see all of our next (and previous) A-League predictions & previews here.