All AFC Eskilstuna v Ljungskile SK match predictions, user poll and stats are shown below - as well as up-to-date odds.

AFC Eskilstuna, following on from their previous result, will be hoping for more of the same after a 0-1 Superettan triumph against Västerås SK.

The only scorer from AFC Eskilstuna was Wilhelm Loeper (81').

In their previous game, Ljungskile SK drew 1-1 in the Superettan tie with Norrby IF.

The only name on the scoresheet from Ljungskile SK was Perparim Beqaj (63'). Oke Akpoveta (90') was the scorer for Norrby IF.

The strike force from Ljungskile SK have had real problems scoring goals over their previous 6 encounters, contributing the disappointing return of only 4. In those matches, LSK have also seen the collective goal aggregate against them equal 13. We will find out if that trend will be continued on here.

Heading into this contest, Ljungskile SK haven’t won away from home in the past 10 league games. What a terrible run of away results.

If we look at their past head to head meetings going back to 16/10/2010, it’s been all-even between these two clubs with AFC Eskilstuna winning 3 of those games, Ljungskile SK 3 and 0 being draws in regulation time.

An aggregate of 15 goals were scored between the two sides in these games, with 7 for AFC Eskilstuna and 8 created by LSK. That’s an average goals per game figure of 2.5.

The previous league game featuring these clubs was Superettan match day 12 on 12/08/2020 and the score finished Ljungskile SK 2-1 AFC Eskilstuna.

AFC Eskilstuna manager Özcan Melkemichel has no fitness worries to speak of before this game with a completely injury-free squad available to choose from.

With a fully injury-free group ready to go, Ljungskile SK boss Jörgen Wålemark does not have any fitness concerns whatsoever before this clash.

Ljungskile SK and AFC Eskilstuna could well cancel each other out, with goals at a real premium.

There should be little in it, and a draw looks quite a realistic result. That is why we are leaning toward a very competitive game with a 0-0 score at the end of this game.

Over/Under 2.5 Goals Prediction for AFC Eskilstuna vs Ljungskile SK
Under 2.5 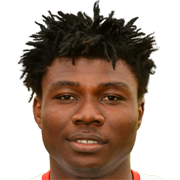 Generally taking to the field in the Striker position, Samuel Nnamani was born in Lagos, Nigeria. After having made a senior debut playing for AFC Eskilstuna in the 2019 season, the dangerous Forward has bagged 6 league goals in this Superettan 2020 campaign so far coming from a total of 15 appearances.

We have made these AFC Eskilstuna v Ljungskile SK predictions for this match preview with the best intentions, but no profits are guaranteed. Please always gamble responsibly, only with money that you can afford to lose. Best of luck with your selections.

⚽️ Where can I get the previews for other Superettan games?

You can see all of the upcoming (and previous) Superettan predictions & previews here.