The Lincoln City v AFC Wimbledon live stream video is scheduled for 19/10/2021. Football fans can watch the game on a live streaming service should the game be featured in the schedule mentioned above. Here we show useful information for watching this League One game that includes the most recent guide to form, head to head meetings and our game views.

In order to watch the game via other methods, look up tv schedules relating to your local region. These broadcasting rights are usually allocated on a per-competition/league or even single fixture level. For matches shown live on regional television programmes, check the listings on channels including BT Sport, Amazon Prime Video, Sky Sports, Now TV, iTV, Canal+, Fox Soccer, ESPN depending on your current location.

After the match finishes, we might also link to game highlights from time to time. We are not responsible for the transmission of any game video content linked to from this site. All legal complaints must be directed to the hosters/owners of such content.

All of our predictions, stats and the user poll for Lincoln City v AFC Wimbledon are shown below - plus the latest betting odds.

Lincoln City are hoping to win again following a 2-1 League One success versus Charlton Athletic.

The only scorer from Lincoln City was Regan Poole (91'). Jayden Stockley (58' Own goal) and Sam Lavelle (63') scored for Charlton Athletic.

It’s not been often in recent games where Lincoln City have managed to hold out for a full 90 minutes. The reality is that Lincoln City have been scored against in 6 of their previous 6 games, letting in 9 goals along the way. With no two games being the same, we will just have to wait and see if the trend will be maintained in this match.

Ahead of this clash, Lincoln City are unbeaten in their last 2 league matches at home.

In their previous game, AFC Wimbledon drew 2-2 in the League One match with Sheffield Wednesday.

The forward players for AFC Wimbledon have been starved of goals over their previous six clashes, recording the disappointing return of just 4. In those fixtures, The Dons have also seen the overall goal aggregate against them equal 12.

Coming into this fixture, AFC Wimbledon are without an away win for the past 2 league matches.

The previous league encounter featuring the two was League One match day 46 on 09/05/2021 when the final score was Lincoln City 0-0 AFC Wimbledon.

The Lincoln City boss Michael Appleton has no fitness concerns whatsoever coming into this game with a fully healthy group available to choose from.

With a completely healthy group available to choose from, the AFC Wimbledon manager Mark Robinson doesn’t have any fitness worries to speak of before this match.

We’re thinking that AFC Wimbledon will have to work hard as a team to score against this Lincoln City side who we reckon should be able to get on the scoresheet themselves in a winning performance.

That’s why we have predicted a very even match with a 1-0 advantage for Lincoln City at full-time. 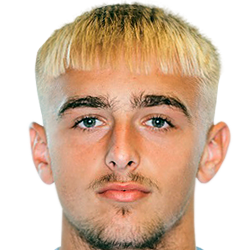 Typically taking to the field in the Central Attacking Midfielder position, Lewis Fiorini was born in Manchester, England. After having played his first senior match for NAC Breda in the 2020 - 2021 season, the talented Midfielder has managed 3 league goals in the League One 2021 - 2022 campaign so far in 9 appearances.

While we have made these predictions for Lincoln City v AFC Wimbledon for this match preview with the best of intentions, no profits are guaranteed. Always gamble responsibly, and with what you can afford to lose. Good luck!

⚽️ Where can I find the predictions for other League One games?

Look at all of the next (and previous) League One predictions & previews here.