AFC Wimbledon will visit Stadium MK on Tuesday for the League One clash with home team MK Dons.

Our predictions, user poll and statistics for MK Dons v AFC Wimbledon can be found here - as well as the best betting odds.

MK Dons go into this game after a 1-1 League One stalemate against Accrington Stanley.

The only player to score from MK Dons was Mo Eisa (25'). Colby Bishop (9') was the scorer for Accrington Stanley.

It has been seldom in recent times that MK Dons have managed to hold out for a full 90 minutes. In fact, MK Dons have been scored against in 5 of their previous 6 clashes, letting in 7 goals during that time. Nevertheless, we will just have to wait and see whether the trend shall persist in this next game.

Looking at their past form shows that MK Dons:

Following on from a losing effort in their last game against Boreham Wood in FA Cup action, AFC Wimbledon and their travelling fans will hope for a better result here.

In that game, AFC Wimbledon managed 68% possession and 10 attempts at goal with 1 on target. At the other end, Boreham Wood got 8 attempts on goal with 2 of them on target. Tyrone Marsh (10') and Adrian Clifton (86') scored for Boreham Wood.

Ahead of this clash, AFC Wimbledon are without a win away from home in their last 2 league matches.

Looking at their most recent head to head clashes dating back to 22/09/2017 tells us that MK Dons have won 3 of them and AFC Wimbledon 0, with the number of drawn matches standing at 3.

A sum of 13 goals were scored between them during those clashes, with 9 of them for The Dons and 4 for The Dons. That’s an average goals per game of 2.17.

The previous league encounter between these clubs was League One match day 27 on 30/01/2021 which ended up with the score at AFC Wimbledon 0-2 MK Dons.

The MK Dons boss Liam Manning will be grateful to have no fitness concerns at all ahead of this match owing to a fully healthy group ready to go.

Thanks to a completely injury-free group to pick from, the AFC Wimbledon boss Mark Robinson has zero fitness concerns to report ahead of this match.

Here, we’re thinking that AFC Wimbledon will have to perform well to see themselves scoring against this MK Dons outfit who we think will likely end up scoring and possibly keep a clean sheet as well.

We’ve gone for a hard-fought 1-0 advantage for MK Dons when all is said and done. 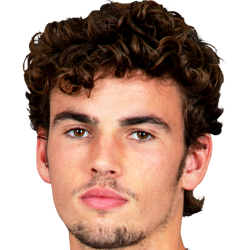 Mostly played in the Centre Midfield position, Matt O'Riley was born in Hounslow, England. After having played his first senior match for Fulham in the 2019 - 2020 season, the dangerous Midfielder has got 6 league goals in this League One 2021 - 2022 season so far in a total of 23 appearances.

While we have made these predictions for MK Dons v AFC Wimbledon for this match preview with the best of intentions, no profits are guaranteed. Always gamble responsibly, and with what you can afford to lose. Good luck with your selections.