The League Two tie at Rodney Parade on Saturday will see home side Newport County go up against AFC Wimbledon.

For all of our match predictions, pre-game poll and statistics for Newport County v AFC Wimbledon, scroll down - as well as up-to-date odds.

Newport County will be wanting a better result here after the 2-0 League Two defeat last time out to Carlisle United.

Newport County haven’t exactly had impressive attacking statistics in more recent games. Their sum of goals stands at just 4 versus opponents during their previous six matches. In those meetings, Newport County have also seen the tally of goals that have gone against them come to 7.

In the game prior to this, AFC Wimbledon drew 0-0 in the League Two match with Bradford City.

Johnnie Jackson's AFC Wimbledon have seen their goal attempts be successful 7 times in the course of their latest six matches. The overall goals that have been scored against them during those matches equals 7.

A glance at their prior head-to-head clashes stretching back to 18/04/2014 tells us that Newport County have won 1 of them and AFC Wimbledon 2, with the tally of drawn results standing at 3.

18 goals were scored between them during those clashes, with 9 from The Exiles and 9 created by The Dons. The average number of goals per game works out to 3.

The previous league contest featuring the two was League Two match day 23 on 26/12/2022 when it ended AFC Wimbledon 1-1 Newport County.

The Newport County boss Graham Coughlan has a full complement, with no fitness worries to speak of coming into this game thanks to a fully healthy group available to select from.

Thanks to a completely injury-free group ready to go, the AFC Wimbledon manager Johnnie Jackson does not have any fitness worries to report ahead of this clash.

In our opinion, AFC Wimbledon could well find it tough to put one past this Newport County outfit who should just have the edge.

We’ve gone for a hard-fought contest, finishing with a 1-0 win for Newport County at full-time. 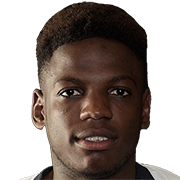 Customarily playing in the Striker position, Offrande Zanzala was born in Brazzaville, Congo. After having made a senior debut playing for Stevenage in the 2015 - 2016 season, the dangerous Forward has managed 3 league goals in this League Two 2022 - 2023 season so far in a total of 9 appearances.

We have made these Newport County v AFC Wimbledon predictions for this match preview with the best intentions, but no profits are guaranteed. Please always gamble responsibly, only with money that you can afford to lose.