Scroll down to see all of the predictions, poll and statistics for Fortuna Sittard v Ajax - as well as up-to-date odds.

Fortuna Sittard will want to continue from where they left off last time out with a 0-1 Eredivisie success versus NEC.

The only scorer from Fortuna Sittard was Zian Flemming (13').

Fortuna Sittard haven’t had any problems with scoring, hitting the target every time they’ve gone out to play in their last 6 games.

They have claimed a sum of 9 during that period and have conceded a total of 6. We shall soon find out whether or not that trend can be continued on into this next match.

Following on from suffering a loss in their previous game against PSV Eindhoven in Johan Cruijff Schaal competition, Ajax will be aiming to make amends here.

Illustrating their bias toward high-scoring matches, goals have been celebrated 25 times in the last six matches in which Ajax have taken to the field, yielding an average of 4.17 goals per fixture. Their opponents have got 9 of these goals.

An examination of past results between these clubs stretching back to 10/03/2019 tells us that these encounters have not been good ones for Fortuna Sittard. They’ve not managed to register any wins whatsoever while Ajax have simply been better than them, getting wins in 100 per cent of those ties.

A lot of goals were also scored during this period, 29 in total which averages out at 4.83 goals per meeting.

The previous league game between these clubs was Eredivisie match day 18 on 22/12/2021 when it ended Ajax 5-0 Fortuna Sittard.

Fortuna Sittard had 6 shots at goal with 0 of them on target.

The Fortuna Sittard manager Sjors Ultee has a full complement, with no fitness worries at all before this clash owing to a fully healthy squad available to choose from.

Looking at these two teams, we feel that Ajax will, in all probability, have the majority of the possession and should turn some of their chances into goals.

At the other end, Fortuna Sittard will be up against it scoring- but, we do see them hitting back at some stage, too. 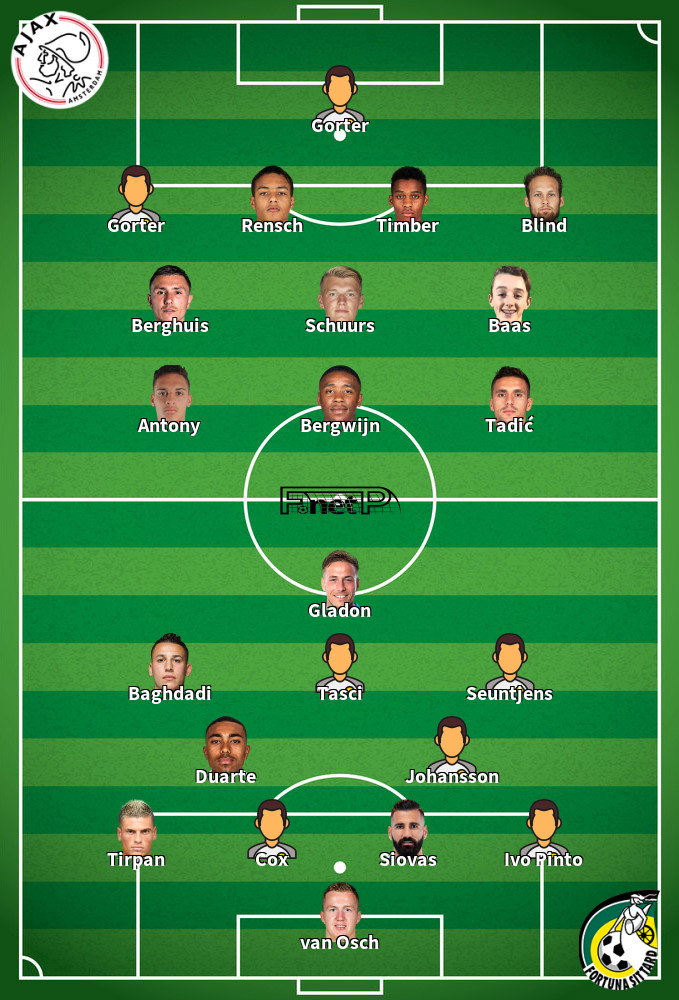 While we have made these predictions for Fortuna Sittard v Ajax for this match preview with the best of intentions, no profits are guaranteed. Always gamble responsibly, and with what you can afford to lose. Best of luck with your selections.