Our tips, poll and stats for Sparta Rotterdam v Ajax can all be found here - as well as the best betting odds.

Sparta Rotterdam will be looking for an improved result here after the 0-1 Eredivisie losing effort in their last game against FC Twente.

Under three goals per match were scored during 5 of the last 6 fixtures where Sparta Rotterdam have taken part. With regard to the goal weighting in this period, their opponents scored a total of 4 while Sparta Rotterdam got themselves 6. That trend won’t necessarily follow through here, of course.

Analysis of their past results shows that Sparta Rotterdam:

Ajax will go into the match after a 1-2 Champions League win as they beat Beşiktaş in their most recent outing.

In that game, Ajax had 55% possession and 18 attempts at goal with 6 of them on target. The only player to score for Ajax was Sébastien Haller (54', 69'). On the other side, Beşiktaş had 11 shots on goal with 3 of them on target. Rachid Ghezzal (22') was the scorer for Beşiktaş.

A series of outstanding performances from the Ajax defensive unit has seen their ‘goals against’ tally standing at 2 from their last 6 clashes in total. In that period of time, the number of goals that they have scored themselves amounts to 15.

Going into this game, the form guide shows that Ajax:

An examination of their past head to head results going back to 14/10/2017 shows that these fixtures have not been fruitful for Sparta Rotterdam. They have not been able to get themselves any wins whatsoever whereas Ajax have just been stronger than them, getting wins in 100% of those ties.

There were also plenty of goals scored in those games, 26 overall at an average of 4.33 goals per meeting.

The last league clash between the two was Eredivisie match day 23 on 21/02/2021 and the score finished Ajax 4-2 Sparta Rotterdam.

The Sparta Rotterdam boss Henk Fräser has zero fitness concerns at all coming into this clash with a completely injury-free group ready to go.

With a completely healthy squad available to choose from, the Ajax boss Erik ten Hag has no fitness worries at all ahead of this game.

Sparta Rotterdam must be fancied to find the back of the net against this Ajax team, but a single goal might not quite be enough to prevent defeat.

Our tip is for a tight encounter finishing with a 1-2 advantage for Ajax when the referee blows the final whistle. Let’s see what happens here. 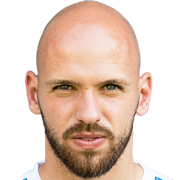 Usually used in the Central Attacking Midfielder position, Bryan Smeets was born in Maastricht, Netherlands. After having made a senior debut playing for MVV in the 2009 - 2010 season, the skilful Midfielder has managed to score 2 league goals in this Eredivisie 2021 - 2022 campaign so far in a total of 13 appearances.

While we have made these predictions for Sparta Rotterdam v Ajax for this match preview with the best of intentions, no profits are guaranteed. Always gamble responsibly, and with what you can afford to lose. Best of luck.