The Super Lig tie at Bahçeşehir Okulları Stadyumu on Saturday sees home side Alanyaspor do battle with opponents Galatasaray.

View all of the Alanyaspor v Galatasaray predictions, poll and stats below (including the best match odds).

Alanyaspor go into this match coming off the back of a 0-0 Super Lig drawn match against Hatayspor.

Alanyaspor have been conceding pretty frequently recently, although they’ve also done enough to convert their own chances into goals. Looking at their last 6 games, Alanyaspor have conceded in 5 of them in addition to getting on the scoresheet in 5 of those games. We will have to find out if that trend will be continued on into this next match.

Looking at their past form shows that Alanyaspor:

Galatasaray will go into this encounter after a 2-1 Super Lig win to defeat Kasimpasa in their last fixture.

For Galatasaray, the goals were scored by Kerem Aktürkoğlu (9') and Mostafa Mohamed (89'). Isaac Kiese Thelin (51') scored for Kasimpasa.

A succession of accomplished performances from the Galatasaray defence has seen their ‘goals against’ tally standing at 3 from their past 6 fixtures combined. Over that same time, their own attack force has managed to score 15.

A look at their previous results shows us that Galatasaray:

Looking over their past head to head meetings dating back to 21/04/2018 shows us that Alanyaspor have won 2 of them and Galatasaray 3, with the number of draws standing at 1.

The last league meeting featuring the two was Super Lig match day 5 on 19/10/2020 when it finished Galatasaray 1-2 Alanyaspor.

The match was refereed by Tugay Kaan Numanoğlu.

Alanyaspor boss Çağdaş Atan has zero fitness concerns at all coming into this match with a completely healthy group available for selection. Hasan Can Yalcintekin will not be able to play in this game through being suspended.

Galatasaray boss Fatih Terim has to contend with a number of unavailable players. Marcelo Saracchi (Muscle partial avulsion), Halil Dervisoglu (Corona virus) and Omar Elabdellaoui (Eye Injury) can’t be considered. The players ineligible for this match because of suspension are Ogulcan Caglayan and Omar Elabdellaoui.

When taking all factors into account, Galatasaray and Alanyaspor could well end up finding themselves level here, with both teams capable of netting.

Shouldn’t be much in it, and a draw looks quite a realistic result. Therefore, we predict a very close game with a 1-1 score draw after 90 minutes. 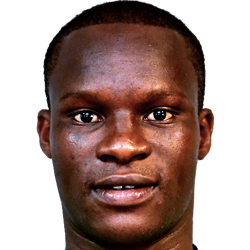 Mostly taking up the Striker position, Khouma Babacar was born in Thies, Senegal. After having made a senior debut playing for Fiorentina in the 2009 - 2010 season, the skilful Forward has managed 7 league goals in the Süper Lig 2020 - 2021 campaign so far in a total of 19 appearances.

While we have made these predictions for Alanyaspor v Galatasaray for this match preview with the best of intentions, no profits are guaranteed. Always gamble responsibly, and with what you can afford to lose. Best of luck with your selections.