Our Alanyaspor v İstanbul Başakşehir tips, poll and stats can be seen in full below including the latest game odds.

Alanyaspor will play in this game following on from a 1-1 Super Lig drawn game vs Fatih Karagümrük.

Matches with Alanyaspor have usually been lively ones of late with plenty of scoring expected. Over their past half dozen games, the sum total of 21 goals have flown in for both teams combined (at an average of 3.5 goals per game) with 9 of those being chalked up by Alanyaspor. That kind of pattern isn’t assured to be sustained into this next game, though.

Taking a look at their past results, Alanyaspor:

In their previous game, İstanbul Başakşehir drew 0-0 in the Super Lig match with Trabzonspor.

Checking on their prior head to head clashes dating back to 24/05/2019 tells us that Alanyaspor have won 2 of them and İstanbul Başakşehir 1, with the number of draws being 3.

A sum of 8 goals were scored between them during those clashes, with 5 of them from Alanyaspor and 3 for Belediye. That’s an average goals per game figure of 1.33.

The last league match featuring the two was Super Lig match day 1 on 15/08/2021 when the final score was İstanbul Başakşehir 0-1 Alanyaspor.

On that day, İstanbul Başakşehir managed 58% possession and 17 shots at goal with 5 of them on target.

Alanyaspor got 8 shots at goal with 4 on target. Cristian Borja (12') was the scorer.

Due to a completely injury-free group available to choose from, the İstanbul Başakşehir boss Emre Belözoğlu has zero fitness concerns at all coming into this match.

In our view, İstanbul Başakşehir and Alanyaspor could end up without much reward for their efforts here.

At this stage, it appears to have the makings of a possible draw. We therefore see a very competitive game with a 0-0 score at full-time. 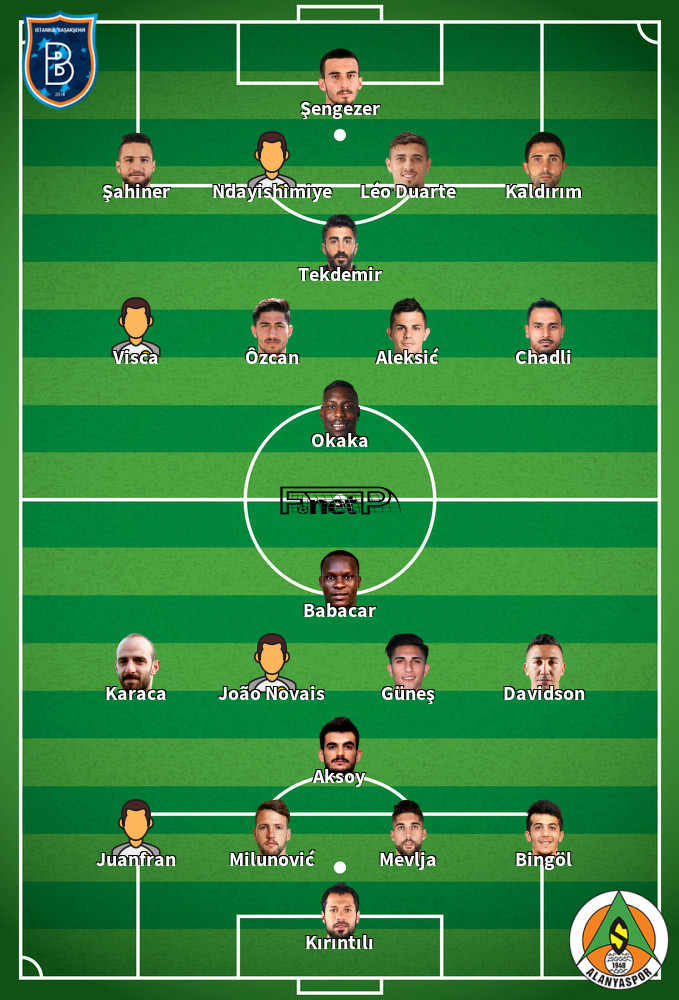 Generally deployed in the Striker position, Famara Diédhiou was born in Saint-Louis, Senegal. Having made a first senior appearance for Sochaux in the 2014 - 2015 season, the talented Forward has struck 7 league goals in the Süper Lig 2021 - 2022 campaign so far from a total of 17 appearances.

We have made these Alanyaspor v İstanbul Başakşehir predictions for this match preview with the best intentions, but no profits are guaranteed. Please always gamble responsibly, only with money that you can afford to lose. Good luck with your selections.