Aldershot Town will be the visitors at Silverlake Stadium on Saturday for the National League game with home team Eastleigh.

View all Eastleigh v Aldershot Town tips, stats and our pre-match poll below - as well as up-to-date odds.

Eastleigh head into this match after a 1-1 National League drawn result versus Altrincham.

The only name on the scoresheet from Eastleigh was Cavaghn Miley (45').

It has been a rare occasion in recent times that Eastleigh have managed to hold out for a full 90 minutes. The facts show that The Spitfires have failed to prevent opponents from scoring in 5 of their previous 6 clashes, giving up 8 goals on the way.

Looking at the pre-match facts, Eastleigh:

Aldershot Town go into this clash following on from a 0-5 National League win in the defeat of Dover Athletic in their last outing.

The stats don’t lie, and Aldershot Town have been scored against in 5 of their last 6 games, with opponents netting 9 goals in all. At the back, The Shots have some weaknesses to address. We shall soon find out whether or not that trend can be sustained into this next match.

Coming into this fixture, Aldershot Town have not been beaten by Eastleigh when they've played them away from home in the last 5 league matches. A very decent away record against them.

Checking out their prior head to head duels stretching back to 28/08/2017, there is nothing to separate the two clubs with Eastleigh winning 2 of those games, Aldershot Town 2 and 2 being draws in normal time.

A combined total of 13 goals were shared by the two clubs in this period, with 7 of them from The Spitfires and 6 being from The Shots. The average goals per game has been 2.17.

Eastleigh manager Ben Strevens does not have any fitness worries at all before this clash with a completely healthy squad available to choose from.

Thanks to a completely healthy squad available to choose from, Aldershot Town boss Danny Searle has no fitness concerns whatsoever ahead of this game.

Our assessment is that Eastleigh have it within them to fashion enough chances to find the net more than once while possibly not conceding when they line up against Aldershot Town, who won’t find it easy to score.

We can therefore see a decent 2-0 winning margin for Eastleigh at the end of this one. 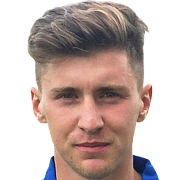 Mostly taking to the field in the Centre Midfield position, Cavaghn Miley was born in England. After having made a senior debut playing for Eastleigh in the 2017 - 2018 season, the talented Midfielder has scored 2 league goals in the National League 2020 - 2021 season so far in 3 appearances.

We have made these Eastleigh v Aldershot Town predictions for this match preview with the best intentions, but no profits are guaranteed. Please always gamble responsibly, only with money that you can afford to lose. We wish you the best of luck.