Aldershot Town, buoyed by their previous result, will be hoping for more of the same after a 0-3 National League victory against Maidstone United.

Matches involving Aldershot Town have usually been absorbing encounters recently with high scoring being the norm. Over their past 6 clashes, the sum of 20 goals have gone in for both sides combined (at an average of 3.33 goals per game) with 8 of these accredited to Aldershot Town.

Coming into this clash, Aldershot Town are without a win at home for the past 3 matches in the league.

Oldham Athletic come into this game following on from a 2-0 National League win against York City in their most recent game.

For Oldham Athletic, the scorers were Josef Yarney (41') and Timmy Abraham (77').

In their previous half-dozen clashes, Oldham Athletic have bagged a tally of 13 goals. Oldham Athletic have also not failed to score in every single one of those games. During that period, they have seen 13 goals go against them. That sort of pattern might not be continued here, of course.

The last league encounter featuring these clubs was National League match day 5 on 26/08/2022 which ended up with the score at Oldham Athletic 2-1 Aldershot Town.

The referee was Steven Copeland.

The Aldershot Town manager Ross McNeilly does not have any fitness worries at all coming into this game with a fully injury-free group available to select from.

In an otherwise available group, there’s only the one fitness worry for the Oldham Athletic gaffer David Unsworth to be concerned about. Magnus Norman (Ankle Fracture) won’t be playing here.

Oldham Athletic and Aldershot Town may both struggle to make a breakthrough here.

We’ll see, but this could easily end up all-square. Therefore, we predict a tight encounter, finishing with a 0-0 draw after 90 minutes. 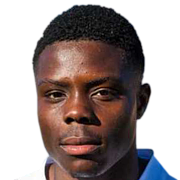 Regularly used in the Right Wing position, Justin Amaluzor was born in London, England. After having made a senior debut playing for Barnet in the 2015 - 2016 season, the accomplished Forward has got 7 league goals in this National League 2022 - 2023 season so far coming from a total of 25 appearances.

We have made these Aldershot Town v Oldham Athletic predictions for this match preview with the best intentions, but no profits are guaranteed. Please always gamble responsibly, only with money that you can afford to lose. Best of luck.