The National League tie at The Recreation Ground on Tuesday will see home side Aldershot Town play against Torquay United.

Scroll down to see all of the predictions, poll and statistics for Aldershot Town v Torquay United - as well as the best betting odds.

Aldershot Town will be looking for a repeat result of a 2-1 National League victory against Grimsby Town.

For Aldershot Town, goals were scored by Tommy Willard (12') and Alfy Whittingham (60'). Harry Clifton (17') was the scorer for Grimsby Town.

Coming into this clash, Aldershot Town have not beaten Torquay United in their previous 4 league games.

Following on from tasting defeat last time out to Barnet in National League action, Torquay United and their travelling supporters will be hoping that they can get a better result in this one.

The only scorer from Torquay United was Armani Little (59'). Adam Marriott (42') and Ephron Mason-Clark (65') scored for Barnet.

The stats don’t lie, and Torquay United have been scored against in 5 of their last 6 games, conceding 8 goals overall. At the back, Torquay United certainly have room for improvement. Having said that, we will just have to wait and see whether that pattern might be sustained in this match.

Ahead of this clash, Torquay United have not won away from home in their last 6 league matches.

Inspecting their prior head-to-head meetings stretching back to 08/04/2017 shows that Aldershot Town have won 1 of them & Torquay United 3, with the number of drawn games standing at 2.

A sum of 17 goals were scored between the two sides in this period, with 6 of them for The Shots and 11 netted by The Gulls. The average goals per game has been 2.83.

The previous league fixture between the two was National League match day 30 on 27/04/2021 and the score finished Torquay United 2-1 Aldershot Town.

The match was refereed by Daniel Lamport.

The Aldershot Town boss Mark Molesley doesn’t have any fitness worries at all ahead of this clash owing to a fully injury-free squad to pick from.

With a completely injury-free squad available to choose from, the Torquay United manager Gary Johnson does not have any fitness worries to speak of before this clash.

Looking at these two teams, we feel that Aldershot Town could well find it tough to break down this Torquay United team who we think should score at least once to put them ahead.

That’s why our selection here is for a very even match with a 0-1 winning margin for Torquay United at the end of the 90 minutes. 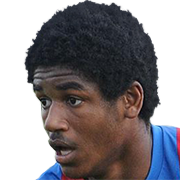 Mostly taking up the Striker position, Corie Andrews was born in Lambeth, England. Having made his senior debut playing for Aldershot Town in the 2021 - 2022 season, the gifted Forward has contributed 5 league goals in this National League 2021 - 2022 campaign to date coming from a total of 14 appearances.

We have made these Aldershot Town v Torquay United predictions for this match preview with the best intentions, but no profits are guaranteed. Please always gamble responsibly, only with money that you can afford to lose. We wish you the best of luck.