All Racing Club v Aldosivi match predictions, user poll and stats are shown below - along with the latest match odds.

Following on from a losing effort in their last game against Arsenal de Sarandí in Copa de la Liga Profesional competition, Aldosivi and their fans will hope to get a better result this time.

The stats don’t lie, and Aldosivi have been scored against in 5 of their last 6 matches, seeing opposing sides hit 8 goals in all. At the back, Aldosivi seem to have a bit of a soft underbelly. Such a pattern isn’t assured to follow through here, however.

A study of their past head to head meetings going back to 06/06/2017 tells us that these encounters have been miserable for Aldosivi. They’ve not managed to register any wins whatsoever whereas Racing Club have maintained the edge over them, running out winners in 67 per cent of those games played.

An aggregate of 21 goals were produced between them throughout the course of those matches, with 14 for La Academia and 7 created by Tiburón, Verde, Gringos. The average goals per game has been 3.5.

The last league clash between these clubs was Superliga match day 3 on 27/07/2021 when it finished Aldosivi 0-2 Racing Club.

On that day, Aldosivi managed 49% possession and 16 attempts at goal with 5 of them on target.

The referee was Pablo Echavarría.

Due to a fully healthy squad ready to go, the Aldosivi manager Martín Palermo has zero fitness concerns to report coming into this clash.

However, Aldosivi won’t find it easy getting goals but we do think that it’s more than likely that they will be being dangerous at times, too.

We therefore think that it’s going to be a controlled 3-1 winning margin for Racing Club when all’s said and done. 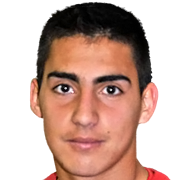 Typically taking up the Striker position, Javier Correa was born in Argentina. After having played his first senior match for Rosario Central in the 2014 season, the goalscoring Forward has scored a sum of 4 league goals in the Superliga 2021 campaign so far in 21 appearances.

We have made these Racing Club v Aldosivi predictions for this match preview with the best intentions, but no profits are guaranteed. Please always gamble responsibly, only with money that you can afford to lose. We wish you the best of luck.