Alloa Athletic will be visiting Links Park Stadium on Saturday for the League One clash with home side Montrose.

Full predictions, pre-match stats and user poll for Montrose v Alloa Athletic are shown on this page (plus the best game odds).

Montrose, following on from their previous result, will be hoping for more of the same after the 0-2 League One triumph vs East Fife.

Their most recent results highlight the fact that things are going according to plan in the Montrose rearguard. Montrose have been mean at the back, with the number of goals that have gone in at their end over the course of their past six clashes standing at 3. Let’s see whether or not that trend will end up being continued on in this game.

Their past results show that Montrose:

After being beaten in their last game against Airdrie United in League One action, Alloa Athletic will be hoping to turn things around here.

The only name on the scoresheet from Alloa Athletic was Euan Henderson (64'). Callum Smith (2'), Calum Gallagher (7') and Kerr McInroy (61') scored for Airdrie United.

Looking at their form, and Alloa Athletic have been scored against in 6 of their last 6 matches, conceding 12 goals overall. At the back, Alloa Athletic can certainly do much better.

Going into this encounter, Alloa Athletic haven’t won away from home in the past 4 league matches.

A review of their past head-to-head clashes stretching back to 28/01/2012 shows that Montrose have won 1 of these games & Alloa Athletic 4, with the number of drawn games being 1.

A combined total of 15 goals were produced between them throughout the course of those matches, with 4 from The Gable Endies and 11 for The Wasps. The average number of goals per game works out to 2.5.

The Montrose boss Stewart Petrie does not have any fitness concerns at all ahead of this game owing to a fully injury-free group to choose from.

With a completely injury-free squad ready to go, the Alloa Athletic manager Barry Ferguson does not have any fitness concerns whatsoever ahead of this match.

We’ve got the feeling that Alloa Athletic are likely to put one past this Montrose side, but it probably shouldn’t be as many as they will have scored against them.

We think that it’s going to be a narrow 2-1 winning margin for Montrose at the end of this one. There looks to be little in this one. 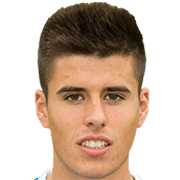 Typically played in the Centre Midfield position, Lewis Milne was born in Edinburgh, Scotland. Having played his first senior match for Cowdenbeath in the 2010 - 2011 season, the goalscoring Midfielder has managed 4 league goals in this League One 2021 - 2022 campaign to date in 14 appearances.

We have made these Montrose v Alloa Athletic predictions for this match preview with the best intentions, but no profits are guaranteed. Please always gamble responsibly, only with money that you can afford to lose. Good luck with your selections.