The La Liga tie at Power Horse Stadium on Friday sees home side UD Almería up against opponents in Espanyol.

UD Almería head into this match after a 2-2 La Liga drawn game against Valencia.

Under three goals per game were recorded in 5 of the last 6 fixtures where UD Almería have taken part. Regarding the goal weighting from this period, opposition teams scored an aggregate of 8 and UD Almería managed a tally of 5. That sort of pattern won’t necessarily be carried forward into this game, though.

Their past results show that UD Almería:

Espanyol come into this match after a 1-0 La Liga win versus Real Betis in their last game.

In that match, Espanyol had 30% possession and 9 shots at goal with 2 of them on target. The only player on the scoresheet for Espanyol was Martin Braithwaite (43'). At the other end, Real Betis had 13 attempts at goal with 4 on target.

Leading up to this clash, Espanyol:

Inspecting their past head-to-head meetings dating back to 15/12/2013 shows that UD Almería have won 1 of these games & Espanyol 2, with the number of drawn matches being 3.

A total of 13 goals were shared by the two clubs during those clashes, with 5 of them from Almería and 8 being from Periquitos. That is an average goals per game value of 2.17.

The previous league match featuring these clubs was La Liga 2 match day 35 on 19/04/2021 which ended up with the score at UD Almería 1-1 Espanyol.

In that match, UD Almería had 53% possession and 7 shots at goal with 2 of them on target. Their only player to score was Umar Sadiq (50').

Espanyol had 7 attempts on goal with 3 of them on target. Landry Dimata (58') was the scorer.

The referee was David Gálvez Rascón.

The UD Almería manager Joan Rubi has zero fitness concerns whatsoever before this clash thanks to a completely healthy squad to pick from.

We’ve got the feeling that Espanyol might well have a job on their hands to score goals against this UD Almería lineup who we think might well be able to grind out a win.

We therefore see a hard-fought 1-0 win for UD Almería at the end of the 90 minutes. 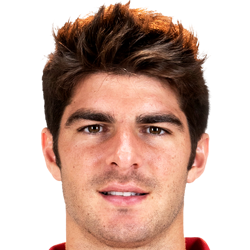 Regularly taking to the field in the Centre Midfield position, Gonzalo Melero was born in Madrid, Spain. Having made his senior debut playing for Ponferradina in the 2014 - 2015 season, the skilful Midfielder has scored a sum of 2 league goals in the LaLiga 2022 - 2023 campaign to date in a total of 11 appearances.

While we have made these predictions for UD Almería v Espanyol for this match preview with the best of intentions, no profits are guaranteed. Always gamble responsibly, and with what you can afford to lose. Good luck if you do place a bet today.