Our İstanbul Başakşehir v Altay tips, poll and stats can be seen in full below (plus the best game odds).

İstanbul Başakşehir are hoping to win again after their last result, the 2-1 Super Lig success versus Sivasspor.

Matches involving İstanbul Başakşehir have proved to be exciting affairs of late with plenty of scoring being a real hallmark. Over their past half dozen clashes alone, the sum total of 22 goals have been scored for both sides combined (at an average of 3.67 goals per game) with 13 of those accredited to İstanbul Başakşehir. That pattern isn’t assured to be continued into this game, of course.

Following on from being defeated in their last game at the hands of Adana Demirspor in Super Lig action, Altay will be hoping to turn things around here.

The stats tell the story, and Altay have been scored against in 6 of their last 6 matches, with opponents netting 12 goals in all. At the back, Altay have seen their frailties exposed.

Going into this contest, Altay are without a win away from home in their last 3 league matches.

The İstanbul Başakşehir boss Aykut Kocaman will be happy not to have any fitness concerns at all coming into this clash with a completely healthy group to choose from.

Due to a fully healthy squad available for selection, the Altay manager Mustafa Denizli has zero fitness concerns to speak of coming into this match.

In our view, Altay should get enough chances to break down this İstanbul Başakşehir lineup, but that realistically won’t be enough to avoid a loss.

We’re expecting a narrow 2-1 victory for İstanbul Başakşehir after the 90. Looking forward to this. 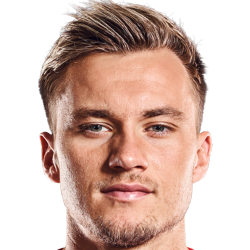 Usually taking to the field in the Striker position, Fredrik Gulbrandsen was born in Norway. Having made a first senior appearance for Lillestrøm SK in the 2009 season, the accomplished Forward has scored a sum of 3 league goals in this Süper Lig 2021 - 2022 campaign to date in 11 appearances.

While we have made these predictions for İstanbul Başakşehir v Altay for this match preview with the best of intentions, no profits are guaranteed. Always gamble responsibly, and with what you can afford to lose. Best of luck with your selections.