Dagenham & Redbridge will be taking on guests Altrincham at Chigwell Construction Stadium in the National League game on Saturday.

View all Dagenham & Redbridge v Altrincham tips, stats and our pre-match poll below - as well as up-to-date odds.

Dagenham & Redbridge will be looking for an improved result here following the 4-1 National League losing effort in their last game against Wrexham.

In their last fixture, Altrincham drew 2-2 in the National League tie with Scunthorpe United.

For Altrincham, the goals were scored by Elliot Osborne (45') and Ryan Colclough (81'). Jacob Butterfield (65') and Joe Nuttall (67') scored for Scunthorpe United.

Proving their penchant for high-scoring matches, we’ve seen goals 21 times in the prior 6 games in which Altrincham have sent out their troops, yielding an average of 3.5 goals per fixture. Opposition teams have managed 14 of those goals.

Checking out their prior head to head duels going back to 03/09/2006, neither club has come out on top overall with Dagenham & Redbridge winning 3 of those games, Altrincham 3 and 0 being draws in normal time.

A combined total of 20 goals were scored between the two sides in these games, with 12 from The Daggers and 8 netted by Robins. That’s an average goals per game of 3.33.

The last league clash between these sides was National League match day 32 on 26/02/2022 and the score finished Altrincham 3-0 Dagenham & Redbridge.

The match was refereed by Michael Barlow.

The Dagenham & Redbridge manager Daryl McMahon has no fitness worries whatsoever ahead of this match thanks to a completely healthy group available for selection.

With a completely injury-free group available to choose from, the Altrincham manager Phil Parkinson does not have any fitness worries whatsoever coming into this clash.

We believe that Dagenham & Redbridge should create enough chances to score more than one against Altrincham, who will be up against it getting on the scoresheet.

Our tip is for a 2-0 victory for Dagenham & Redbridge come full-time. 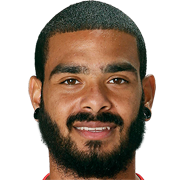 Regularly taking to the field in the Striker position, Paul McCallum was born in Streatham, England. Having played his first senior match for AFC Wimbledon in the 2012 - 2013 season, the talented Forward has netted 3 league goals in this National League 2022 - 2023 season to date from a total of 7 appearances.

We have made these Dagenham & Redbridge v Altrincham predictions for this match preview with the best intentions, but no profits are guaranteed. Please always gamble responsibly, only with money that you can afford to lose. Best of luck.