View all King's Lynn Town v Altrincham tips, stats and our pre-match poll below (plus the best game odds).

King's Lynn Town will want to continue from where they left off last time out with the 2-1 National League triumph vs Eastleigh.

It’s been all too rare in recent games where King's Lynn Town haven’t conceded. In fact, King's Lynn have been scored against in 6 of their previous 6 matches, letting in 11 goals in the process.

Altrincham will go into this meeting following on from a 0-1 National League win in the defeat of Maidenhead United in their most recent outing.

The only name on the scoresheet from Altrincham was Ryan Colclough (64').

Phil Parkinson's Altrincham have seen their goal attempts be successful a total of 7 times in the course of their latest sextet of matches. The number of goals that they have conceded during the equivalent period adds up to 5.

The previous league meeting between these sides was National League match day 13 on 23/03/2021 when the final score was Altrincham 3-0 King's Lynn Town.

The referee was Paul Marsden.

There aren’t many personnel worries, with just one fitness concern for the King's Lynn Town gaffer Ian Culverhouse to be concerned about thanks to an almost full-strength squad. Aaron Jones (Achilles tendon rupture) won’t play.

Thanks to a completely healthy group available for selection, Altrincham manager Phil Parkinson has zero fitness concerns to speak of before this clash.

We feel that Altrincham and King's Lynn Town could both end up scoring in what appears to be a good match-up, with little separating these two teams.

Will be interesting to see how this one goes, with a good chance of a draw. We’re therefore predicting a very close game with a 1-1 score draw at the end of the match. 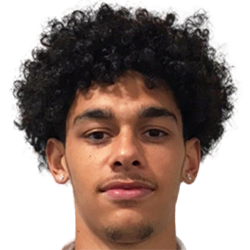 Mostly deployed in the Striker position, Kairo Mitchell was born in Leicester, England. Having made his senior debut playing for King's Lynn Town in the 2020 - 2021 season, the gifted Forward has hit 5 league goals in the National League 2020 - 2021 campaign to date in 18 appearances.

While we have made these predictions for King's Lynn Town v Altrincham for this match preview with the best of intentions, no profits are guaranteed. Always gamble responsibly, and with what you can afford to lose. Good luck!