Antalyaspor journey to Vodafone Park on Saturday for the Süper Lig meeting with hosts Beşiktaş.

To see all of our predictions, user poll & stats for Beşiktaş v Antalyaspor, scroll down - along with the latest match odds.

Beşiktaş, who won their previous game, will hope for a similar result following a 1-3 Süper Lig victory against Trabzonspor.

Beşiktaş haven’t had any problems with scoring, netting in each and every one of their last 6 matches.

They have hit an aggregate of 13 during that period and have conceded a total of 6. Historical results aside, it remains to be seen whether the trend might be replicated in this next match.

Heading into this contest, Beşiktaş are undefeated in their last 3 home league matches.

Antalyaspor will come into the game following on from a 2-0 Süper Lig win with the eclipse of Gençlerbirliği in their last fixture.

For Antalyaspor, the goalscorers were Bünyamin Balcı (41') and Hakan Özmert (77').

Tamer Tuna's Antalyaspor have seen their efforts on goal rewarded a total of 8 times throughout their previous six matches. The total of goals that have been scored against them during those same matches equals 6.

Going into this game, the form guide shows that Antalyaspor:

A review of their past head to head clashes going back to 13/08/2017 shows us that Beşiktaş have won 4 of these games & Antalyaspor 2, with the tally of drawn games standing at 0.

There were also plenty of goals scored in those games, 24 overall which averages out at 4 goals per meeting.

The previous league clash between the two was Süper Lig match day 27 on 13/06/2020 when it finished Beşiktaş 1-2 Antalyaspor.

The referee was Umit Öztürk.

Beşiktaş manager Sergen Yalçın does not have any fitness concerns whatsoever before this clash with a fully injury-free group available to select from. Ineligible players who cannot play in this game through suspension are Muhayer Oktay, Douglas and Nicolas Isimat-Mirin.

Antalyaspor manager Tamer Tuna has not got a full squad to pick from. Jean-Armel Drolé (Tibia Fracture) and Serdar Gürler (Cruciate Ligament Rupture) can’t be considered.

In our opinion, Antalyaspor have the ability to put a goal past this Beşiktaş outfit, although it may not quite be enough to avoid a loss.

We reckon that it will be a 2-1 winning margin for Beşiktaş by the time that the referee blows the final whistle. There shouldn’t be much in it, either way.

Both Teams to Score Prediction for Beşiktaş vs Antalyaspor
Yes 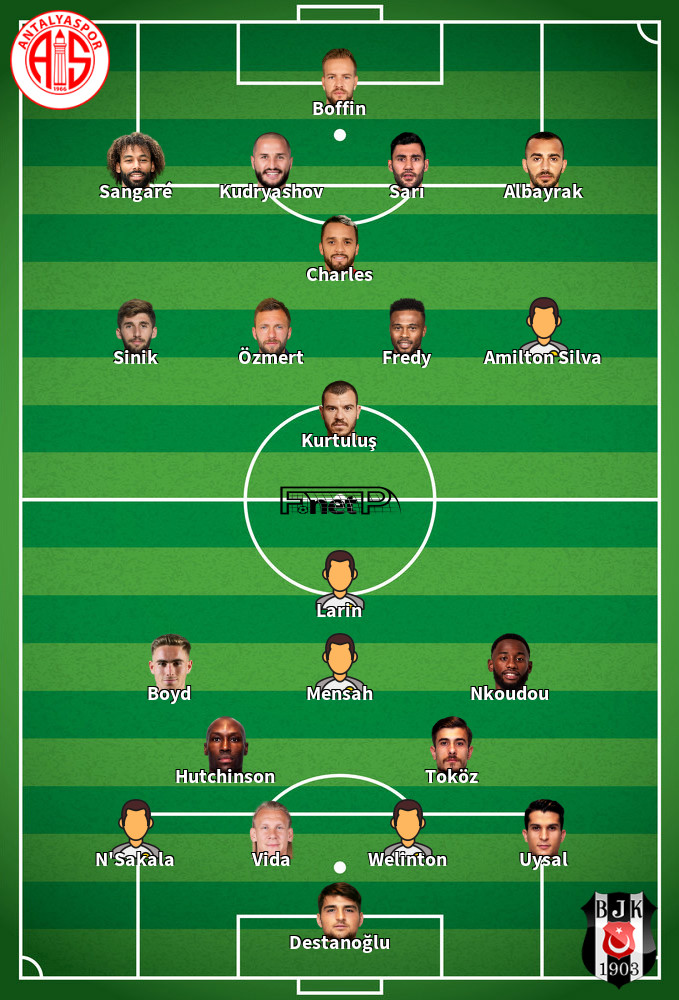 While we have made these predictions for Beşiktaş v Antalyaspor for this match preview with the best of intentions, no profits are guaranteed. Always gamble responsibly, and with what you can afford to lose. Good luck with your selections.