For all of our match predictions, pre-game poll and statistics for Hatayspor v Antalyaspor, scroll down (plus the best game odds).

Hatayspor will be looking for an improved result here following the 1-0 Super Lig defeat in their last game at the hands of Adana Demirspor.

Over their preceding 6 fixtures, Ömer Erdoğan's Hatayspor have found the net 7 times, an average number of goals per match of 1.17.

Going into this one, Hatayspor are undefeated in their previous 2 home league matches.

Antalyaspor will come into the encounter after a 1-0 Super Lig win versus Altay in their previous fixture.

In that game, Antalyaspor managed 55% possession and 14 attempts on goal with 6 of them on target. The only player on the scoresheet for Antalyaspor was Paul Mukairu (49'). At the other end, Altay had 9 attempts at goal with 2 on target.

Over the course of their last half-dozen clashes, Antalyaspor have amassed a tally of 8 goals. Antalyaspor have additionally got on the scoresheet in every single one of those games. During those fixtures, their defenders have seen 7 goals go into their own net. We shall soon see if that trend can be sustained in this game.

The last league match featuring these sides was Super Lig match day 36 on 20/04/2021 and the score finished Hatayspor 3-2 Antalyaspor.

The match was refereed by Bahattin Şimşek.

The Hatayspor boss Ömer Erdoğan will be happy not to have any fitness concerns whatsoever ahead of this match with a fully injury-free squad to choose from.

Due to a completely injury-free group available for selection, the Antalyaspor boss Ersun Yanal has zero fitness worries whatsoever before this clash.

We’re thinking that Antalyaspor will likely create enough chances to find the net against this Hatayspor outfit, but that is unlikely to be as many as the goals that they could concede.

We reckon that it will be a tight encounter finishing with a 2-1 winning margin for Hatayspor after 90 minutes. There shouldn’t be much in it, either way. 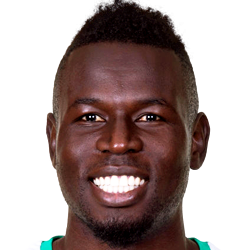 Customarily taking to the field in the Striker position, Mame Biram Diouf was born in Dakar, Senegal. After having played his first senior match for Molde FK in the 2008 season, the accomplished Forward has scored 5 league goals in this Süper Lig 2021 - 2022 campaign to date in 11 appearances.

While we have made these predictions for Hatayspor v Antalyaspor for this match preview with the best of intentions, no profits are guaranteed. Always gamble responsibly, and with what you can afford to lose. Good luck with your selections.