Apollon Smyrni will be visiting Theodoros Kolokotronis Stadium on Sunday for the Super League showdown with home side Asteras Tripolis.

Scroll down to see all of the predictions, poll and statistics for Asteras Tripolis v Apollon Smyrni - along with the latest match odds.

Asteras Tripolis go into this fixture following on from a 2-2 Super League drawn match versus Apollon Smyrni.

A common characteristic of recent Asteras Tripolis games is the high number of scores with a nil in them.

Taking their previous 6 clashes before this one, in as many as 5 of them a bet on both teams scoring would've lost. While that may be of interest, we will just have to wait and see if that trend shall be sustained in this upcoming match or not.

In the course of their 6 previous matches, Babis Tennes's Apollon Smyrni have managed to stick the ball in the net a total of 5 times, yielding them the goals scored per game average of 0.83.

Delving into their past head to head meetings going back to 22/09/2018 tells us that these fixtures have been pretty painful for Apollon Smyrni. They’ve not been able to get themselves any victories whatsoever while Asteras Tripolis have managed to find a way, winning in 83 per cent of those match-ups.

In all, 7 goals were yielded between them in this period, with 7 for The Yellow-Blue and 0 belonging to Light Bridgade. That’s an average goals per game figure of 1.17.

The previous league meeting featuring the two was Super League match day 19 on 24/01/2022 which finished with the scoreline of Asteras Tripolis 1-0 Apollon Smyrni.

That day, Asteras Tripolis had 54% possession and 11 shots at goal with 4 on target. The scorer was Valiente (88').

On the other side, Apollon Smyrni had 7 shots on goal with 3 on target.

The Asteras Tripolis boss Milan Rastavac has zero fitness concerns to speak of ahead of this game with a fully injury-free group available to choose from.

With a fully healthy group available to choose from, the Apollon Smyrni manager Babis Tennes has no fitness worries to report ahead of this clash.

Our thinking is that Asteras Tripolis can and should have the majority of the possession and should be able to turn a few of their chances into goals.

However, Apollon Smyrni will be up against it finding the net themselves - but, we do see them converting at least once here.

We’re therefore expecting to see a controlled 3-1 winning score for Asteras Tripolis at the end of this one. 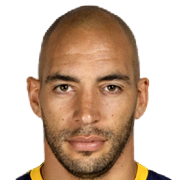 Mostly taking up the Striker position, Jerónimo Barrales was born in Capital Federal, Argentina. After having played his first senior match for Banfield in the 2005 - 2006 season, the accomplished Forward has managed to score 5 league goals in the Super League 2021 - 2022 season so far from a total of 26 appearances.

While we have made these predictions for Asteras Tripolis v Apollon Smyrni for this match preview with the best of intentions, no profits are guaranteed. Always gamble responsibly, and with what you can afford to lose. We wish you the best of luck.