Return to this page a few days before the scheduled game when this expired prediction will be updated with our full preview and tips for the next match between these teams.
Full-Time Result Prediction
👉
Inverness C.T. to Win

Arbroath journey to Caledonian Stadium on Saturday for the Championship meeting with hosts Inverness C.T..

Our full set of predictions, statistics and match poll for Inverness C.T. v Arbroath can be seen below - plus the latest match odds.

Inverness C.T. prepare for this match following on from a 1-1 Championship drawn result against Arbroath.

The only scorer from Inverness C.T. was Nathan Shaw (52').

Fewer than three goals per game were scored during 5 of the last 6 meetings where Inverness C.T. have been participants. Breaking down the goal distribution during this period, their opponents scored a total of 6 and Inverness C.T. totted up 4. That kind of trend won’t necessarily be carried forward into this next game, of course.

Their prior results show that Inverness C.T.:

In 6 of the prior six games featuring Arbroath, a notably low volume of goals have been hit between them and their opposition. The overall average goals scored per game within that spell comes out as just 1.67, with the average goals for The Red Lichties being 0.5.

Ahead of this clash, Arbroath are without a win away from home in their last 2 league games.

If we look at their past head to head duels stretching back to 26/10/2021, there is nothing to separate the two clubs with Inverness C.T. winning 1 of those games, Arbroath 1 and 4 being drawn in regulation time.

Fans would have hoped for more goals in them, as well, with a sum of 4 scored between them overall.

The previous league game featuring these sides was Championship match day 14 on 05/11/2022 which finished with the scoreline of Inverness C.T. 1-1 Arbroath.

The Inverness C.T. boss Billy Dodds will be grateful not to have any fitness worries whatsoever coming into this game with a fully healthy squad available to choose from.

With a fully injury-free squad available to select from, the Arbroath manager Dick Campbell does not have any fitness worries whatsoever coming into this match.

We feel that in this game, Arbroath will likely create enough chances to score against this Inverness C.T. outfit, but it isn’t expected to be as many as the goals that they could concede.

We reckon that it will be a narrow 2-1 winning margin for Inverness C.T. at the end of the match. Could easily see this go either way. 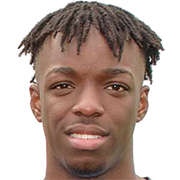 Mostly playing in the Striker position, Austin Samuels was born in England. After having played his first senior match for Aberdeen in the 2021 - 2022 season, the skilful Forward has managed to score 2 league goals in the Championship 2022 - 2023 campaign to date from a total of 6 appearances.

We have made these Inverness C.T. v Arbroath predictions for this match preview with the best intentions, but no profits are guaranteed. Please always gamble responsibly, only with money that you can afford to lose. Good luck if you do place a bet today.