Ludogorets Razgrad will do battle with visiting rivals Arda Kardzhali at Huvepharma Arena in the First League meeting on Sunday.

Our Ludogorets Razgrad v Arda Kardzhali predictions, statistics and match poll can be seen below - as well as up-to-date odds.

Ludogorets Razgrad will be looking for an improved result here following a 3-2 Europa League losing effort in their last game against Real Betis.

In their last game, Arda Kardzhali drew 0-0 in the First League match with Pirin.

It is worth noting that Arda Kardzhali have suffered from a shortage of goals over their last 6 clashes, contributing the poor return of just 4. In those matches, The Vallecans have also seen the collective goal aggregate of their opponents equal 5. It will be interesting to see whether or not that trend can be sustained into this next match.

A study of past results between these clubs going back to 10/06/2020 reveals that these fixtures have not been happy ones for Arda Kardzhali. They have not been able to get any wins at all whereas Ludogorets Razgrad have just been too good for them, finishing as winners in 67 per cent of those games where they have faced each other.

A total of 21 goals were scored between the two sides in this period, with 16 for The Eagles and 5 belonging to The Vallecans. That is an average goals per game value of 3.5.

The previous league contest between the two was First League match day 4 on 13/02/2022 when the final score was Arda Kardzhali 0-4 Ludogorets Razgrad.

In that match, Arda Kardzhali had 44% possession and 5 shots at goal with 2 on target.

Regarding absentees, there’s just a single fitness concern for the Ludogorets Razgrad gaffer Ante Šimundža to contend with from an otherwise fully-primed set of players. Claude Gonçalves (Back Injury) will miss out.

Thanks to a fully injury-free group available to select from, the Arda Kardzhali manager Aleksandar Tunchev has no fitness worries whatsoever before this game.

It seems to us that Arda Kardzhali could really find it hard to find the back of the net against a Ludogorets Razgrad side who seem set to win well here.

Our tip is for a commanding 3-0 win for Ludogorets Razgrad when all is said and done. 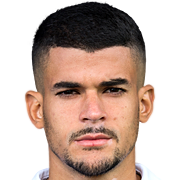 Typically deployed in the Central Attacking Midfielder position, Cauly Souza was born in Porto Seguro - Bahia, Brazil. Having played his first senior match for Fortuna Köln in the 2014 - 2015 season, the goalscoring Midfielder has scored 4 league goals in this First League 2022 - 2023 campaign to date in 7 appearances.

While we have made these predictions for Ludogorets Razgrad v Arda Kardzhali for this match preview with the best of intentions, no profits are guaranteed. Always gamble responsibly, and with what you can afford to lose. Good luck with your selections.