Arsenal Tula will be facing the visiting FC Krasnodar at Arsenal Stadium in this Premier League tie on Sunday.

Scroll down for all of our predictions, poll and stats for the Arsenal Tula v FC Krasnodar game including the latest game odds.

Arsenal Tula will be wanting a better result here after a 2-0 Premier League loss in their previous game against Ural.

It has been all too rare in recent games where Arsenal Tula haven’t conceded. The reality is that Pryaniki have failed to prevent opponents from scoring in 6 of their previous 6 clashes, leaking 13 goals in the process.

Following on from suffering a loss in their previous game against Terek Grozny in Premier League action, FC Krasnodar will be hoping to turn things around here.

In that match, FC Krasnodar had 67% possession and 11 shots on goal with 5 on target. The only player on the scoresheet for FC Krasnodar was Aleksei Ionov (93' Own goal). On the other side, Terek Grozny had 19 attempts at goal with 8 of them on target. Yevgeni Kharin (5'), Andrei Semyonov (49') and Bernard Berisha (51', 68') scored for Terek Grozny.

The stats tell the story, and FC Krasnodar have been scored against in 5 of their last 6 matches, seeing their opponents hit 17 goals in total. At the back, Byki have some weaknesses to address. Putting that to one side, we’ll just have to find out if such a trend will be sustained in this match.

Coming into this contest, FC Krasnodar remain unbeaten by Arsenal Tula when they've played them away from home in the last 2 league matches.

A review of past results between these clubs going back to 14/04/2018 tells us that these fixtures have not been fruitful for Arsenal Tula. They’ve not managed to register any wins whatsoever whereas FC Krasnodar have been too good for them, getting wins in 100 per cent of those matches played.

A sum of 16 goals were yielded between them in this period, with 1 for Pryaniki and 15 being from Byki. The average goals per game has been 2.67.

The last league contest between these clubs was Premier League match day 3 on 18/08/2020 which finished with the scoreline of FC Krasnodar 2-0 Arsenal Tula.

Arsenal Tula manager Dmytro Parfenov does not have any fitness concerns to speak of ahead of this clash owing to a fully healthy group to choose from. Aleksandr Lomovitskiy will not be able to play in this game through being suspended.

Due to a fully injury-free group available to choose from, FC Krasnodar boss Viktar Hancharenka has no fitness worries at all before this match.

Here, we’re thinking that Arsenal Tula will have their work cut out to put one past this FC Krasnodar outfit who we reckon will score at least once to put them ahead.

That’s why our selection here is for a hard-fought 0-1 winning score for FC Krasnodar after 90 minutes. 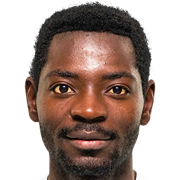 Usually used in the Right Wing position, Evans Kangwa was born in Zambia. After making a first senior appearance for Gaziantepspor in the 2016 - 2017 season, the gifted Forward has scored 3 league goals in the Premier League 2020 - 2021 season so far in 19 appearances.

While we have made these predictions for Arsenal Tula v FC Krasnodar for this match preview with the best of intentions, no profits are guaranteed. Always gamble responsibly, and with what you can afford to lose. Best of luck.