Arsenal Tula are the guests at Fisht Olympic Stadium on Saturday for the Premier League fixture with hosts Sochi.

All Sochi v Arsenal Tula game predictions, stats and user poll are shown below (plus the best game odds).

Sochi will be hoping for a repeat of their last result, following a 2-0 Premier League success over Dynamo Moscow.

Their latest results really do illustrate the point that not much more can be done by the Sochi defence. Belo-sinie have been mean at the back, seeing the number of goals that have gone past their goalkeeper over the course of their previous six matches standing at 3.

Going into this encounter, Sochi are undefeated in their last 16 league matches at home. So impressive.

Since being beaten in their last game against Rotor Volgograd in Premier League competition, Arsenal Tula will be hoping to turn things around here.

Flamarion (81') was the scorer for Rotor Volgograd.

The numbers tell their own story, and Arsenal Tula have been scored against in 5 of their last 6 matches, seeing their opponents hit 5 goals overall. In defence, Pryaniki can certainly do much better. Previous results aside, it remains to be seen whether such a trend might be maintained in this match or not.

Ahead of this meeting, Arsenal Tula are without an away win for the past 11 league games. Their travelling support will be needed here, for sure.

The previous league game between the two was Premier League match day 8 on 20/09/2020 when it finished Arsenal Tula 3-2 Sochi.

Thanks to a fully healthy squad available to select from, Arsenal Tula boss Dmytro Parfenov does not have any fitness worries whatsoever ahead of this clash. Georgi Kostadinov cannot play in this game through suspension.

We’ve got the feeling that Sochi can get the win and a possible clean sheet against Arsenal Tula, who won’t find it easy scoring.

Accordingly, we see a decent 2-0 win for Sochi come full-time. 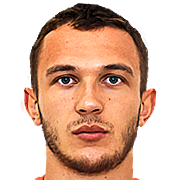 Mostly played in the Central Attacking Midfielder position, Nikita Burmistrov was born in Primorsk, Russia. Having made a first senior appearance for CSKA Moscow in the 2007 season, the gifted Midfielder has accumulated 5 league goals in this Premier League 2020 - 2021 season to date coming from a total of 16 appearances.

While we have made these predictions for Sochi v Arsenal Tula for this match preview with the best of intentions, no profits are guaranteed. Always gamble responsibly, and with what you can afford to lose. Good luck with your selections.