The Premier League match at St James' Park on Monday will see hosts Newcastle United prepare for the visit of Arsenal.

Our predictions, user poll and statistics for Newcastle United v Arsenal can be found here including the latest game odds.

Newcastle United will be hoping to bounce back here following the 5-0 Premier League loss in their previous game against Manchester City.

A recurring trait of more recent Newcastle United games is the number of results with a nil in them.

Taking their prior 6 clashes before this one, in 5 of them a wager on "Both Teams to Score" would have lost. We will just have to find out whether or not that trend will end up being sustained here.

Going into this contest, Newcastle United haven't beaten Arsenal in their previous 7 matches in the league.

Since a loss in their previous game against Tottenham Hotspur in Premier League competition, Arsenal will be aiming to make amends here.

Coming into this meeting, Arsenal have not lost to Newcastle United when they have played them away from home in the previous 3 league games.

An examination of past results between these clubs going back to 11/08/2019 reveals that these fixtures have been disappointments for Newcastle United. They have not managed to come away with any victories whatsoever whereas Arsenal have dominated them, beating them in 100 per cent of those matches.

A combined total of 14 goals were scored between them during those clashes, with 0 for The Magpies and 14 belonging to The Gunners. The average number of goals per game works out to 2.33.

It looks as if The Magpies could opt for a 4-3-3 system for the game, beginning the first half with Martin Dubravka, Emil Krafth, Fabian Schaer, Daniel Burn, Matt Targett, Bruno Guimaraes, Sean Longstaff, Joelinton, Miguel Almiron, Callum Wilson and Allan Saint-Maximin.

Our assessment here is that Newcastle United will really need to work well to put one past this Arsenal team who we think should manage to get a goal of their own in a winning performance.

We’re going for a hard-fought contest, finishing with a 0-1 advantage for Arsenal at the end of this game. 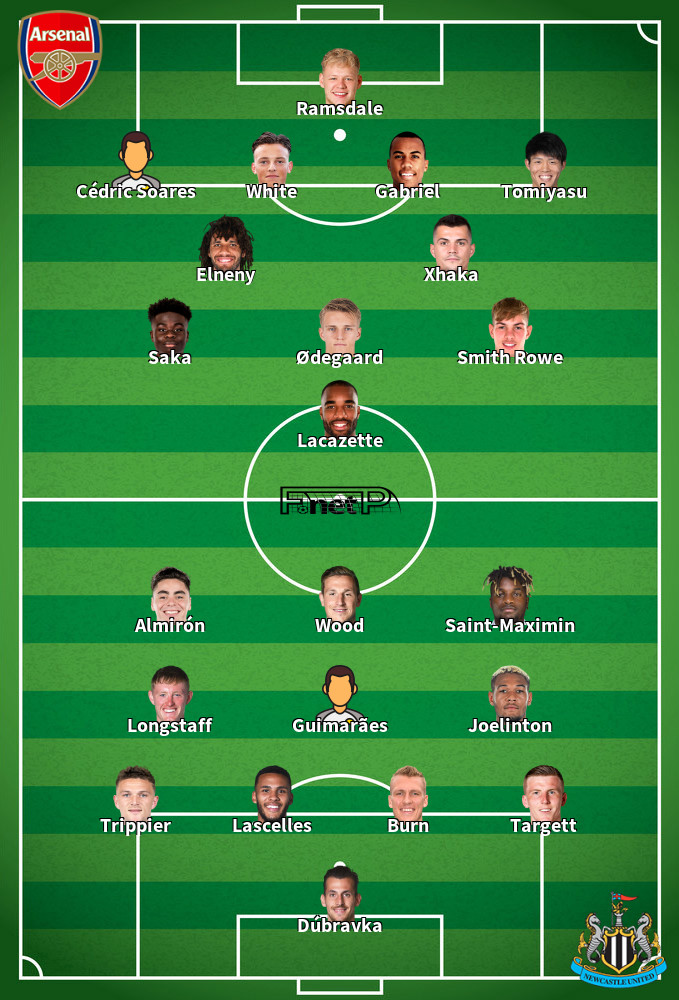 Mostly playing in the Centre Midfield position, Bruno Guimarães was born in Rio de Janeiro, Brazil. Having made a first senior appearance for Atletico PR in the 2017 season, the goalscoring Midfielder has struck 4 league goals in this Premier League 2021 - 2022 season to date from a total of 15 appearances.

We have made these Newcastle United v Arsenal predictions for this match preview with the best intentions, but no profits are guaranteed. Please always gamble responsibly, only with money that you can afford to lose. Best of luck with your selections.