Full predictions, pre-match stats and user poll for Asteras Tripolis v PAOK are shown on this page (plus the best game odds).

Asteras Tripolis prepare for this game following on from a 2-2 Super League draw vs AEK Athens.

Their most recent results really do illustrate the point that huge efforts have been put in by the Asteras Tripolis backline. The Yellow-Blue have kept it tight, seeing the number of goals that have gone in at their end over the course of their past six outings standing at 3. Even so, time will tell if such a trend will persist in this next game.

PAOK will go into this meeting after a 4-0 Super League win as they beat Lamia in their most recent fixture.

In as many as 5 out of the previous 6 clashes involving PAOK, three or more goals have been struck. The overall average goals scored per game during that spell is 3.67, with the average number of goals for PAOK standing at 2.5.

Going into this encounter, PAOK haven't been beaten by Asteras Tripolis when they have played them away from home in the previous 2 league matches.

A review of their past head-to-head clashes going back to 04/03/2018 shows that Asteras Tripolis have won 1 of them and PAOK 5, with the tally of drawn games being 0.

In all, 18 goals were scored between the two sides during those clashes, with 5 from The Yellow-Blue and 13 created by Dikefalos tou Vorra. That’s an average goals per game figure of 3.

The last league fixture featuring the two was Super League match day 11 on 06/12/2020 which ended up with the score at PAOK 2-0 Asteras Tripolis.

In that match, PAOK managed 78% possession and 6 shots on goal with 2 of them on target. The goalscorers were Christos Tzolis (64') and Andrija Živković (70').

For their opponents, Asteras Tripolis had 4 shots at goal with 1 on target.

The referee was Vasilis Fotias.

Asteras Tripolis manager Milan Rastavac doesn’t have any fitness worries at all coming into this clash with a fully healthy group ready to go.

Our thinking is that Asteras Tripolis will likely be able to find the back of the net against this PAOK side, but one goal likely won’t be as many as they’ll concede.

We are therefore anticipating a tight encounter finishing with a 1-2 victory for PAOK when the referee blows the final whistle. Let’s just see how this one goes. 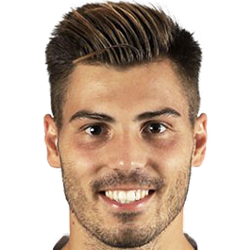 Mostly used in the Striker position, Luis Fernández was born in Spain. Having played his first senior match for Deportivo de La Coruña in the 2013 - 2014 season, the talented Forward has netted 5 league goals in this Super League 2020 - 2021 season to date coming from a total of 14 appearances.

While we have made these predictions for Asteras Tripolis v PAOK for this match preview with the best of intentions, no profits are guaranteed. Always gamble responsibly, and with what you can afford to lose. We wish you the best of luck.