Monterrey will be hosting away team Atlas at Estadio BBVA in this Liga MX (Apertura) tie on Sunday.

Our full set of predictions, statistics and match poll for Monterrey v Atlas can be seen below - plus the latest betting odds.

Monterrey go into this game coming off the back of a 0-0 Liga MX (Apertura) tied result versus Atlas.

A recurring feature of recent Monterrey games is the high number of scores with a nil in them.

Taking their prior 6 matches before this one, in as many as 5 of them a bet on "Both Teams to Score" would have lost.

Analysis of their past results shows that Monterrey:

Looking at their form, and Atlas have been scored against in 5 of their last 6 matches, with opponents netting 12 goals in all. Defensively, Atlas seem to have a bit of a soft underbelly. While that may be of interest, we’ll just have to find out if the trend shall be sustained here in this game.

If we look at their past head to head duels dating back to 09/09/2020, both clubs have shared the honours with Monterrey winning 1 of those games, Atlas 1 and 4 being draws after 90 minutes of play.

A total of 9 goals were shared by the two clubs in these games, with 5 of them for Los Rayados and 4 being from Los Zorros. This gives an average number of goals per game equal to 1.5.

The previous league meeting featuring these clubs was Liga MX (Clausura) match day 15 on 21/04/2022 which ended up with the score at Monterrey 0-0 Atlas.

That day, Monterrey managed 46% possession and 13 shots at goal with 2 on target.

For their opponents, Atlas got 8 attempts at goal with 2 on target.

Out of a mainly available group, there is just the one fitness worry for the Atlas gaffer Diego Cocca to be concerned with. Mauro Manotas (Cruciate Ligament Injury) misses out for this game.

Our thinking is that Monterrey have it within them to have the majority of the possession and should be able to turn a few of their chances into goals.

Conversely, Atlas are also probably going to find it difficult to score although we do think it’s probable that they will be managing to get on the scoresheet as well here.

We reckon that it will be a controlled 3-1 margin for Monterrey after 90 minutes. 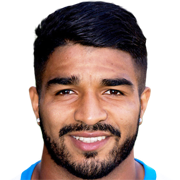 Customarily playing in the Striker position, Rodrigo Aguirre was born in Montevideo, Uruguay. Having made a first senior appearance for Empoli in the 2014 - 2015 season, the goalscoring Forward has struck 9 league goals in the Liga MX (Clausura) 2021 - 2022 season to date in 14 appearances.

While we have made these predictions for Monterrey v Atlas for this match preview with the best of intentions, no profits are guaranteed. Always gamble responsibly, and with what you can afford to lose. Good luck if you do place a bet today.