Palmeiras arrive at Estádio Antônio Accioly on Sunday for the Serie A showdown with home team Atlético Goianiense.

Atlético Goianiense go into this game coming off the back of a 1-1 Serie A drawn result vs Juventude.

Under three goals per game were recorded in 5 of the past 6 meetings where Atlético Goianiense have been participants. With regard to the goal split in that period, opposition teams scored a total of 7 and Dragão managed the sum of 5. We will see if that trend will be sustained in this game.

Taking a look at their past results, Atlético Goianiense:

Palmeiras come into this meeting following a 0-1 Copa Libertadores win to defeat Universidad Católica in their previous match.

Over the course of their last half-dozen outings, Palmeiras have amassed a total of 12 goals. Verdão have additionally got on the scoresheet on each one of those occasions. During those fixtures, they have seen 5 goals scored by their opponents.

Taking a look at their past results, Palmeiras:

Looking at their prior head to head clashes going back to 19/08/2012 shows that Atlético Goianiense have won 2 of these & Palmeiras 3, with the tally of drawn results standing at 1.

A combined total of 16 goals were scored between them in these games, with 6 for Dragão and 10 created by Verdão. That is an average goals per game value of 2.67.

The last league meeting between these clubs was Serie A match day 37 on 22/02/2021 which finished with the scoreline of Palmeiras 1-1 Atlético Goianiense.

That time, Palmeiras had 63% possession and 19 attempts on goal with 4 on target. Their only player to score was Matías Viña (22').

Atlético Goianiense got 9 attempts at goal with 3 on target. Matheus Vargas (43') scored.

Atlético Goianiense manager Eduardo Barroca has no fitness concerns whatsoever before this clash thanks to a completely injury-free group available to choose from.

Thanks to a largely available squad, there’s just a single fitness worry for the Palmeiras boss Abel Ferreira to contend with. Breno Lopes (Stretched Ligament) won’t be in action.

We feel that Atlético Goianiense will need things to go their way to put one past this Palmeiras lineup who we reckon should be able to grind out a win.

We therefore fancy a good tussle with a 0-1 victory for Palmeiras at full-time. 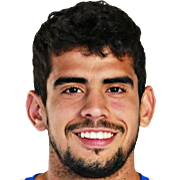 Regularly used in the Striker position, Zé Roberto was born in Teixeira de Freitas, Brazil. After having made a senior debut playing for Ponte Preta in the 2016 season, the talented Forward has got 2 league goals in the Série A 2021 campaign to date in a total of 10 appearances.

We have made these Atlético Goianiense v Palmeiras predictions for this match preview with the best intentions, but no profits are guaranteed. Please always gamble responsibly, only with money that you can afford to lose. Good luck if you do place a bet today.