Atlético Mineiro are the guests at Estádio José Pinheiro Borda on Sunday for the Serie A fixture with home side Internacional.

All of our predictions, stats and the user poll for Internacional v Atlético Mineiro are shown below (inc. the best betting odds).

Internacional will be looking to improve on their last outing here after a 2-1 Serie A loss in their previous game against Palmeiras.

Mano Menezes's Internacional have hit the target 10 times in their last six outings. The corresponding tally of goals that have been scored against them in that time is 7.

A look at their previous results shows us that Internacional:

Following on from being beaten in their last game against Corinthians in Serie A competition, Atlético Mineiro and their travelling fans will hope for a better result here.

Over the course of 5 of the past 6 games featuring Atlético Mineiro, a notably low volume of goals have been struck between them and their opponents. The overall average goals scored per game during that period comes to a mere 1.5, with the number of goals averaged by Galo standing at 0.67.

Heading into this fixture, Atlético Mineiro are undefeated in their previous 4 league matches away from home.

A look at their prior head-to-head meetings dating back to 08/12/2019 tells us that Internacional have won 2 of these and Atlético Mineiro 3, with the tally of draws standing at 1.

In all, 12 goals were produced between them in this period, with 5 from Colorado and 7 netted by Galo. The average number of goals per game works out to 2.

The last league game between these clubs was Serie A match day 1 on 10/04/2022 which ended up with the score at Atlético Mineiro 2-0 Internacional.

Internacional got 6 attempts at goal with 1 on target.

The Internacional manager Mano Menezes will be grateful to have no fitness worries at all coming into this game thanks to a completely injury-free group ready to go.

With a fully healthy squad ready to go, the Atlético Mineiro boss Cuca Stival has no fitness concerns to speak of ahead of this match.

We’re thinking that Atlético Mineiro and Internacional may well end up cancelling each other out here.

We’ll see, but this looks like it could end up all-square. We’re therefore predicting a very close game with a 1-1 draw at the end of this one. 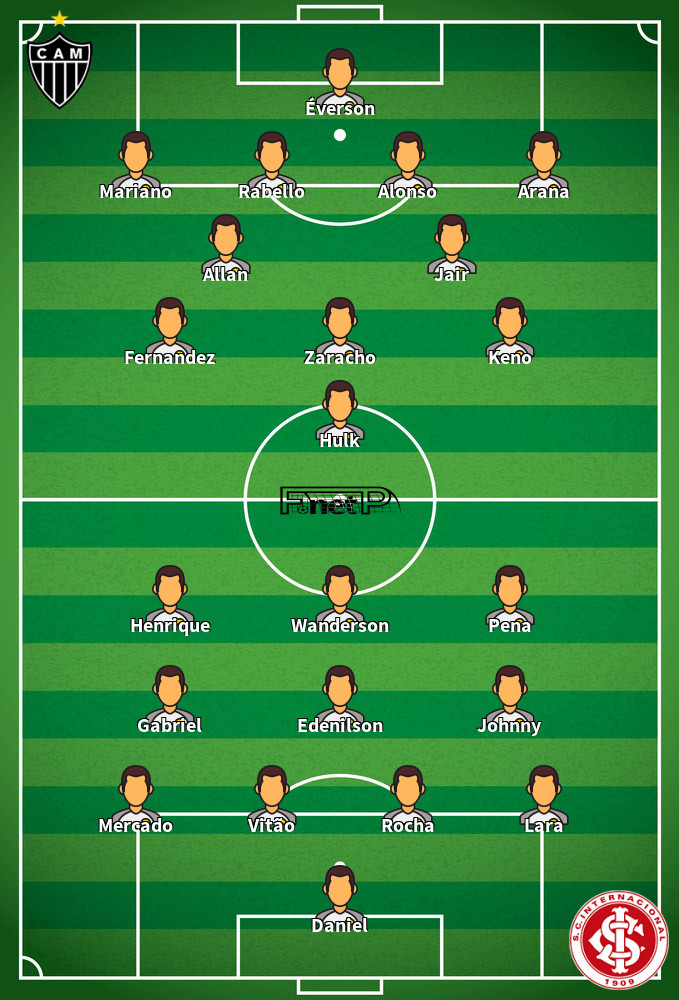 Mostly taking up the Right Wing position, Alexandre Alemão was born in Anchieta, Brazil. After having made a senior debut playing for Internacional in the 2022 season, the skilful Forward has scored 4 league goals in the Série A 2022 campaign to date in a total of 16 appearances.

While we have made these predictions for Internacional v Atlético Mineiro for this match preview with the best of intentions, no profits are guaranteed. Always gamble responsibly, and with what you can afford to lose. Good luck if you do place a bet today.