The Série A match at Estádio Urbano Caldeira on Thursday sees hosts Santos fighting it out with opponents Atlético Mineiro.

Our full set of predictions, statistics and match poll for Santos v Atlético Mineiro can be seen below - plus the latest match odds.

Santos will be hoping for a repeat of their last result, following a 0-1 Série A success over Ceará.

Alexi Cuca's Santos have managed to score a sum total of 8 times over their last 6 outings. The corresponding number of goals that they have conceded in that time stands at 6.

Going into this contest, Santos are without a win at home for the past 2 league games.

Atlético Mineiro will go into the meeting after a 0-1 Série A win to defeat Coritiba in their previous fixture.

Throughout their six previous matches, Jorge Sampaoli's Atlético Mineiro have found the net a total of 10 times thus yielding them the goals per game average of 1.67.

Coming into this clash, Atlético Mineiro have left without a victory over Santos when they've played them away from home in the last 5 matches in the league. Not good.

Inspecting their prior head-to-head clashes stretching back to 12/07/2017 shows that Santos have won 4 of these & Atlético Mineiro 2, with the tally of drawn games being 0.

A combined sum of 20 goals were scored between them in these games, with 11 from Peixe and 9 coming from Galo. That’s an average goals per game of 3.33.

The last league fixture between these sides was Série A match day 27 on 20/10/2019 when the final score was Atlético Mineiro 2-0 Santos.

For their opponents, Santos got 12 shots at goal with 1 of them on target.

Santos manager Alexi Cuca does not have any fitness concerns at all ahead of this clash thanks to a fully healthy group available to select from.

Owing to an otherwise healthy group, there’s only the sole fitness worry for the Atlético Mineiro gaffer Jorge Sampaoli to be concerned with. Diego Tardelli (Injury to the ankle) won’t be playing here.

Our feeling is that Santos will do well to see themselves scoring against this Atlético Mineiro outfit who will likely emerge victorious.

We’re therefore anticipating a 0-1 victory for Atlético Mineiro at the conclusion of the game.

Over/Under 2.5 Goals Prediction for Santos vs Atlético Mineiro
Under 2.5 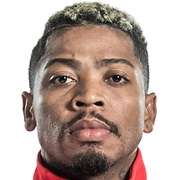 Mostly played in the Right Wing position, Marinho was born in Penedo, Brazil. Having made his senior debut playing for Fluminense in the 2008 season, the accomplished Forward has scored a sum of 4 league goals in the Série A 2020 campaign to date coming from a total of 8 appearances.

While we have made these predictions for Santos v Atlético Mineiro for this match preview with the best of intentions, no profits are guaranteed. Always gamble responsibly, and with what you can afford to lose. Good luck!