Atromitos take on the visiting Lamia at Peristeri Stadium in the Super League tie on Thursday.

Our full set of predictions, statistics and match poll for Atromitos v Lamia can be seen below - along with the latest match odds.

Atromitos will play in this fixture after a 0-0 Super League drawn game vs OFI Crete.

In that match, Atromitos managed 48% possession and 13 shots at goal with 5 of them on target. At the other end, OFI Crete had 6 shots on goal with 4 on target.

In their prior six fixtures, Damir Canadi's Atromitos have netted a total of 5 times - an average number of goals per match of 0.83.

Analysis of their past results shows that Atromitos:

Following on from a loss in their previous game against AEK Athens in Super League action, Lamia will be aiming to make amends here.

In that game, Lamia managed 47% possession and 2 shots at goal with 0 on target. AEK Athens had 7 attempts on goal with 5 on target. Karim Ansarifard (9') was the scorer for AEK Athens.

It has become apparent that Lamia have suffered from a lack of goals over their last 6 clashes, recording the unsatisfactory return of only 2. In those matches, Kyanólefki have also seen the collective goal aggregate of opposing teams equal 13. Despite that, we’ll just have to find out whether that trend will persist here in this match.

Going into this contest, Lamia have not been beaten by Atromitos in away games against them for the last 2 league games.

If we look at their past head to head duels going back to 04/02/2018, neither club has come out on top overall with Atromitos winning 1 of those games, Lamia 1 and 4 being draws in normal time.

14 goals were produced between them throughout the course of those matches, with 7 for Atromitos and 7 belonging to Kyanólefki. The average number of goals per game works out to 2.33.

The previous league encounter featuring the two was Super League match day 2 on 13/06/2020 and the score finished Atromitos 1-1 Lamia.

On that day, Atromitos had 60% possession and 5 attempts at goal with 3 on target. Their only player on the scoresheet was Rodrigo Galo (45').

On the other side, Lamia got 2 attempts at goal with 1 of them on target. Daniel Adejo (43') scored.

The match was refereed by Giorgos Tassis.

Atromitos manager Damir Canadi doesn’t have any fitness worries whatsoever before this clash with a fully healthy squad to pick from.

We’re thinking that Atromitos will likely fashion enough chances to find the net more than once while possibly not conceding when they face Lamia, who won’t find it easy scoring a goal of their own.

We’re therefore expecting to see a controlled 2-0 win for Atromitos at the end of the match. 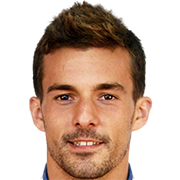 Regularly taking up the Centre Midfield position, Juan Muñiz was born in Gijón, Spain. Having made a first senior appearance for Sporting Gijón in the 2009 - 2010 season, the goalscoring Midfielder has accumulated 2 league goals in this Super League 2020 - 2021 campaign to date in 11 appearances.

We have made these Atromitos v Lamia predictions for this match preview with the best intentions, but no profits are guaranteed. Please always gamble responsibly, only with money that you can afford to lose. Good luck!