Gladbach will arrive at The WWK Arena on Wednesday for the Bundesliga 1 game with hosts Augsburg.

Our Augsburg v Borussia Mönchengladbach tips, poll and stats can be seen in full below including the latest game odds.

Augsburg will be wanting a better result here following a 4-3 Bundesliga 1 loss in their previous game against Borussia Dortmund.

Fixtures featuring Augsburg have often been engaging encounters recently with a lot of goalmouth action being a common characteristic. Over their past 6 clashes, a total of 24 goals have been scored for both sides combined (at an average of 4 goals per game) with 10 of those belonging to Augsburg.

Coming into this fixture, Augsburg have not won at home in their last 4 matches in the league. That's never good.

Since being beaten in their last game against Bayer Leverkusen in Bundesliga 1 competition, Gladbach will be aiming to make amends here.

Proving their partiality to productive encounters, goals have been seen as many as 25 times in the prior 6 games in which Borussia Mönchengladbach have taken to the field, giving an average of 4.17 goals for each meeting. Their opponents have managed 13 of this grand total. We shall soon see whether or not that trend can be continued on into this next match.

A look at their previous results shows us that Borussia Mönchengladbach:

Looking over their prior head-to-head clashes dating back to 06/10/2019 tells us that Augsburg have won 2 of these and Gladbach 3, with the number of drawn results standing at 1.

The last league encounter featuring these clubs was Bundesliga 1 match day 22 on 12/02/2022 which finished with the scoreline of Borussia Mönchengladbach 3-2 Augsburg.

On that day, Borussia Mönchengladbach managed 57% possession and 14 shots on goal with 5 on target. The goalscorers were Kouadio Koné (30'), Jonas Hofmann (46') and Ramy Bensebaïni (67').

From a largely available squad, there’s only the lone fitness issue for the Gladbach manager Daniel Farke to be concerned about. Marcus Thuram (Knee Problems) misses out for this game.

In this game, Augsburg have the firepower to get a goal against this Borussia Mönchengladbach outfit, but one goal probably won’t quite prevent them from conceding a couple at the other end.

Our selection here is for a narrow 1-2 winning score for Borussia Mönchengladbach by the conclusion of the game. Expecting it to be very competitive. 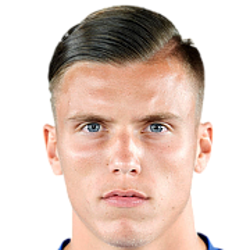 Generally deployed in the Striker position, Ermedin Demirović was born in Sarajevo, Bosnia and Herzegovina. After having played his first senior match for Alaves in the 2017 - 2018 season, the dangerous Forward has netted 5 league goals in this Bundesliga 2022 - 2023 season so far from a total of 15 appearances.

We have made these Augsburg v Borussia Mönchengladbach predictions for this match preview with the best intentions, but no profits are guaranteed. Please always gamble responsibly, only with money that you can afford to lose. We wish you the best of luck.