Return to this page a few days before the scheduled game when this expired prediction will be updated with our full preview and tips for the next match between these teams.
Full-Time Result Prediction
👉
Austin FC to Win
Both Teams to Score Prediction
👉
Yes

Austin FC haven’t been able to stop scoring goals, finding the back of the net every time they’ve gone out to play in their last 6 matches.

They have totted up the amount of 15 during that time while also conceding a total of 8. We will have to see whether or not that trend will be sustained into this next match.

Illustrating their appetite for productive encounters, goals have been seen as many as 20 times in the prior six matches in which San Jose Earthquakes have played, making it an average of 3.33 goals for each fixture. Their opponents have got 11 of those goals.

The last league match featuring these sides was MLS match day 7 on 02/04/2022 when it finished San Jose Earthquakes 2-2 Austin FC.

That time, San Jose Earthquakes managed 64% possession and 16 shots at goal with 10 of them on target. Goals were scored by Jeremy Ebobisse (70') and Cade Cowell (72').

The referee was Alex Chilowicz.

Austin FC will probably be able to create a decent number of chances and shots on target.

At the same time, San Jose Earthquakes may well find it hard to get shooting opportunities although we do see them hitting back at some stage here.

Our tip is for a comfortable 3-1 winning score for Austin FC by the time that the referee blows the final whistle. 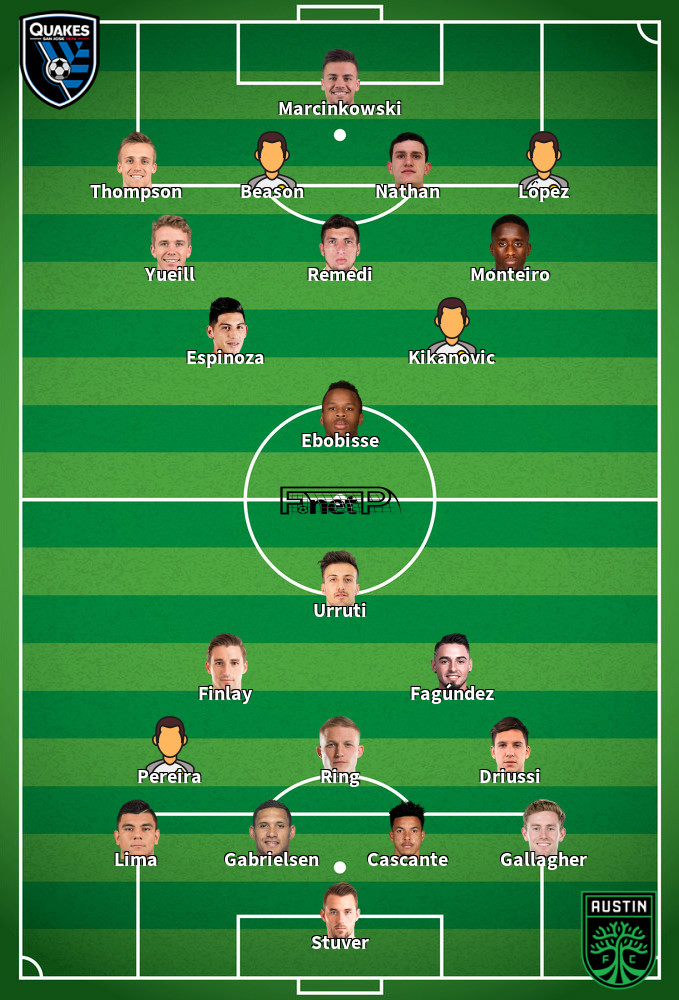 We have made these Austin FC v San Jose Earthquakes predictions for this match preview with the best intentions, but no profits are guaranteed. Please always gamble responsibly, only with money that you can afford to lose. Good luck with your selections.