Scroll down to see all of the predictions, poll and statistics for Floridsdorfer AC v Austria Klagenfurt including the latest game odds.

Floridsdorfer AC will be hoping to return to winning ways here following the 1-0 2. Liga losing effort in their last game against KSV 1919.

It’s been seldom in recent times where Floridsdorfer AC have shown defensive steel. The facts show that Floridsdorfer have failed to prevent opponents from scoring in 5 of their previous 6 games, shipping 6 goals on the way. Regardless, time will tell whether the trend might persist in this match.

Their past results show that Floridsdorfer AC:

Austria Klagenfurt will come into the encounter after a 2-1 2. Liga win over Vorwärts Steyr in their previous match.

Peter Pacult's Austria Klagenfurt have managed to stick the ball in the net 10 times in the course of their most recent 6 matches. The overall goals that they have conceded during those same clashes adds up to 7.

Coming into this contest, Austria Klagenfurt are undefeated in their last 3 away league matches.

A study of past results between these clubs going back to 28/09/2018 shows that these encounters have not been good ones for Floridsdorfer AC. They’ve not been able to come away with any victories at all whereas Austria Klagenfurt have just been too good for them, finishing as winners in 83 per cent of those matches.

18 goals were shared by the two clubs during those clashes, with 3 of them for Floridsdorfer and 15 being from Klagenfurt. That is an average goals per game value of 3.

There’s just one fitness concern for the Floridsdorfer AC boss Roman Ellensohn to be concerned with thanks to an otherwise robust set of players. Nils Zatl (Cruciate Ligament Injury) misses out.

Our feeling is that Floridsdorfer AC may not find it easy to score goals against this Austria Klagenfurt team who will likely score & stay on top.

We’re going for a hard-fought 0-1 victory for Austria Klagenfurt at the end of the 90 minutes. 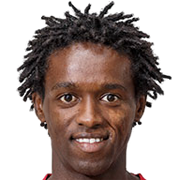 Regularly taking to the field in the Right Attacking Midfielder position, Flavio Santos was born in Cape Verde. After having made a senior debut playing for Floridsdorfer AC in the 2015 - 2016 season, the accomplished Midfielder has netted 4 league goals in the 2. Liga 2020 - 2021 campaign so far in a total of 13 appearances.

We have made these Floridsdorfer AC v Austria Klagenfurt predictions for this match preview with the best intentions, but no profits are guaranteed. Please always gamble responsibly, only with money that you can afford to lose. Good luck!