Return to this page a few days before the scheduled game when this expired prediction will be updated with our full preview and tips for the next match between these teams.
Vorwärts Steyr will be hosting visitors Austria Klagenfurt at EK Kammerhofer Arena in this 2. Liga fixture on Sunday. Full predictions, stats & game poll for the Vorwärts Steyr v Austria Klagenfurt match are shown here (inc. the best betting odds).

Vorwärts Steyr will be hoping for a repeat of their last result, following the 1-4 2. Liga triumph versus Austria Wien Amateure. For Vorwärts Steyr, the goalscorers were Okan Yilmaz (2', 21', 27') and Pascal Hofstätter (90').

Wilhelm Wahlmüller's Vorwärts Steyr have celebrated scoring a sum total of 10 times in their prior 6 outings. The comparative number of goals that have been scored against them in those games amounts to 5.

Their prior results show that Vorwärts Steyr:

Since being defeated in their last game at the hands of Grazer AK in 2. Liga action, Austria Klagenfurt will be aiming to make amends here. The only scorer from Austria Klagenfurt was Oliver Markoutz (78'). Slobodan Mihajlović (31') and Martin Harrer (66') scored for Grazer AK.

Looking at their form, and Austria Klagenfurt have been scored against in 5 of their last 6 matches, seeing their opponents hit 7 goals in total. At the back, Klagenfurt can certainly do much better.

Coming into this clash, Austria Klagenfurt are undefeated in their previous 2 away league matches.

The last league fixture between these clubs was 2. Liga match day 9 on 29/09/2019 and the score finished Austria Klagenfurt 1-1 Vorwärts Steyr. The referee was Alain Sadikovski.

Nearly everyone is up for selection, with just a single fitness concern for the Vorwärts Steyr manager Wilhelm Wahlmüller to contend with due to a largely intact set of players. Nicolas Wimmer (Ruptured cruciate ligament) will miss out. Josip Martinovic is ineligible for this match because of suspension.

Klagenfurt boss Robert Micheu has a number of players out of action. Nico Grubor (Cruciate Ligament Rupture), Markus Rusek (Calf Strain) and Thomas Blomeyer (Muscle fiber tear) are those who can’t be considered. Philipp Hütter cannot play in this game through suspension.

We feel that in this game, Vorwärts Steyr have the ability to put one past this Austria Klagenfurt lineup, however a single goal might not quite be as many as they’ll concede. Therefore, we’re predicting a narrow 1-2 win for Austria Klagenfurt when all is said and done. It really should be an interesting one. 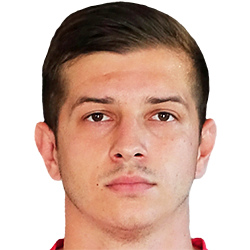 Generally playing in the Centre Midfield position, Bojan Mustecic was born in Linz, Austria. After making a first senior appearance for Vorwärts Steyr in the 2018 - 2019 season, the goalscoring Midfielder has accumulated 6 league goals in the 2. Liga 2019 - 2020 campaign to date from a total of 23 appearances.

We have made these Vorwärts Steyr v Austria Klagenfurt predictions for this match preview with the best intentions, but no profits are guaranteed. Please always gamble responsibly, only with money that you can afford to lose. Best of luck with your selections.